What is an Annuity and How does it Work? 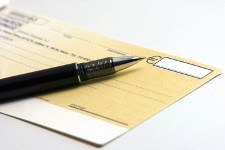 Thanks to the recent stock market crash, and the subsequent losses many have seen in their retirement plans, annuities are gaining in popularity. Annuities are complex, with many subtleties and it can be difficult to figure out exactly what you are being promised. You will want to visit with a financial professional to review whether an annuity is the right decision for you. Look for someone whose income does not depend on selling annuities. We outline below some basics about what is an annuity and how it works so you have a good idea.

An annuity is a type of investment in which you contract to put in payments for a certain amount of time, or pay one large amount of money. In return, you will receive payments at regular intervals sometime later down the road. Usually, these annuities are obtained through insurance companies. Your contribution is then invested in sub-accounts — usually consisting of stocks and bonds — that generate income for the insurance company (and sometimes for you as well, depending on how the contract is structured).

In most cases, annuities are used as retirement vehicles. There may even be penalties if you withdraw money from your annuity before you reach a certain age. Many annuities feature a regular payout that is not affected by market fluctuations. As a result, many folks are taking their retirement plans and putting them into annuities; they are worried that a market crash could wipe them out. An annuity provides stability, as long as the insurance company issuing the annuity remains viable.

There are two main kinds of annuity:

As you might guess, the fixed annuity offers a payout that is guaranteed,. It may be a set dollar amount or a set percentage of the assets in the annuity. These types of annuities generally pay a rather low rate of return, since they are considered relatively safe.

Variable annuities, on the other hand, offer a possibility of higher returns (though they are still considered low-yielding investments). With a variable annuity, the rate of return varies, and you can boost your returns. However, it is important to be careful with these since, unlike with a fixed annuity, your principal is not guaranteed.

There are also hybrid annuities that combine aspects of fixed and variable annuities. There are some annuities that guarantee that you can withdraw a certain percentage of your initial account value while you live, while at the same time offering the potential for growth with a variable rate of return.

One option is an immediate annuity, in which you turn over a large amount of money in exchange for receiving immediate payouts that last for life. You might turn over $150,000 to $200,000, and be guaranteed $850 to $1,500 a month. The actual payments will depend on factors such as your age, and whether or not you have a spouse that would continue receiving payments after you pass. The older you are when you purchase an immediate annuity, the higher the payout.

Drawbacks to investing in annuities

As with all investments, there are drawbacks to annuities. One of the biggest drawbacks has to do with the fees. Even though your account may earn some returns, the fees generally protect the insurance company from having to increase your regular income payout. The fees associated with annuities can be large.

Annuities are also complex. Some of them are so convoluted that you may not actually be sure what is truly guaranteed. This has led to some fairly unpleasant surprises for some retirees. And, of course, you have to worry about whether or not you get your money’s worth. With a lifetime payout, you are guaranteed steady income until you die, but if you die soon after you begin receiving payments, you won’t get out what you put in (not that you’ll be around to really notice).

One of the upsides to annuities is the fact that many of them (especially those intended for retirement purposes) are tax deferred. This means that you don’t pay taxes on the gains until you actually start withdrawing money. Your withdrawals, though, are taxed as regular income. So it is important to carefully plan out how much to take out, and what it means for your tax bracket.

Another consideration is the estate taxes your heirs will have to pay. An annuity pays out a death benefit that is equivalent either to the current value of the annuity, or the amount that the buyer has put into it (whichever is higher). If you die during the accumulation phase, which is while you are paying money into the annuity, the heirs just get that amount. However, the annuity amount paid to your heirs will be subject to double taxation: Regular income taxes and estate taxes.

Bottom line – Should you invest in one and when?

Like so many other investments and personal finance decisions, whether an annuity works for you is subject to your individual needs and goals. You may want to put a small portion of your retirement portfolio into an immediate annuity if a steady cash flow to cover your basic necessities is desired. In most cases, working through the twists and turns may not be worth the low returns you get.

It is also important to note that annuities can be an integral part of your asset allocation strategy, tax plans and estate plans. It is best to consult with a financial advisor who is familiar with your particular situation.