Is it Time to Buy Stocks? 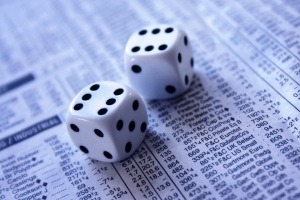 The concept of media sentiment is often as important as investor sentiment when it comes to the stock market.  Looking back to the period of the dot-com bubble, the media proclaimed “a new era” with internet companies controlling the world, and thus, no price was too high for these stocks.  Well, we know how that ended.

Then we saw the period of 2000 to roughly 2004 when the real estate boom took place.  The media proclaimed another “new era” where real estate was our greatest investment.  Stories were printed about average middle class families making fortunes by trading up to newer and bigger homes, and buying second or third homes.  Everyone became a real estate expert, and the worry was not about loss of investment, but of “missing out.”

These periods are dangerous times for investors.  When studying the most successful investors of all time, one of the most common themes to their success is to avoid conventional wisdom, and avoid following the herd.

We sit now in a period of de-leveraging amongst financial institutions.  Corporations are laying off thousands of employees each week, and the stock market has dropped sharply.  Real estate values have fallen, and consumers are quite nervous.  The media is fueling this fire and promoting only negative news, which only adds to the situation.

If avoiding conventional wisdom is the answer, then we should be buying stocks now, right?  Well, the answer to that is more of a maybe.  In periods of strong market corrections throughout history, the market almost always over-corrects to the downside, just like in market bubbles where it over-shoots the upside.  So even though contrarian wisdom would tell you to buy, I think you won’t be hurt by waiting some more.

During market corrections, we often see periods of optimism where the market rallies up to 20% for various reasons, and sometimes just lack of bad news.  We’ve seen that.  Here are a couple of potential catalysts which could drive stocks higher:

The best strategy right now is to preserve capital.  If you find specific stocks that are great values, then by all means, buy them.  But the market as a whole is facing incredible stress right now.  Will stocks be higher in 2 years than they are right now?  Quite likely.  But will the market go lower in the next 6-12 months?  Also quite likely.  The answer lies with the individual.  With their risk tolerance, and time frame.

One of my favorite quotes is from economist John Maynard Keynes, where he said “The market can stay irrational longer than you can stay solvent.”  Keep these words in mind as you navigate the market.  At some point during this market cycle, we’ll find what future generations will consider to have been an incredible buying opportunity.  Hopefully we can all benefit from it.