The 3 Most Neglected Aspects of Preparing for Retirement

I recently interviewed Craig Israelsen, a Personal and Family professor at Brigham Young University, and one of the authors of Your Nest Egg Game Plan: How to Get Your Finances Back on Track and Create a Lifetime Income Stream [Buy at Amazon

]. One of the questions I asked him was this: In your experience, what is the most neglected aspect of preparing for retirement? “I’m going to cheat and give you three things,” Israelsen replied. His insights provide some helpful information about getting ready for retirement, and how you can increase the chances that you will be able to retire comfortably and do a little more of what you want. Here are the three things that Israelsen believes are most neglected when people start thinking about retirement.

“This is really obvious,” Israelsen told me. “But one of the worst things you can do is to not do enough. Most people either start too late, or don’t put away enough.” He went on to explain that, many people don’t realize the benefits of putting money into a retirement plan as soon as possible. Additionally, he cautions against not putting in enough. “If you want to buy an annuity,” he explained, “you need to have at least $200,000 to $300,000 so that you can carve that investment out.” 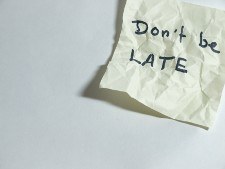 Israelsen recommends thinking about retirement now, no matter your age. Think about Social Security, and recognize that while it will help, it will not be able to come close to replacing your income. Estimate how much income you will need each month, and work out a plan to save up enough. He also says that you need to think about how your nest egg will behave when it comes to taking distributions.

“You don’t need as much if you have no debt,” Israelsen pointed out. And he’s right. If you don’t have monthly debt obligations (and this includes your mortgage), then you can get by on surprisingly little, and still have enough left over to travel or do some other things. “Debt reduction is a huge part of preparing for retirement, and many people neglect this. If you have a small nest egg, and no debt, it is usually possible to work something out. A medium sized nest egg, and a lot of debt, isn’t doable.”

In order to limit the amount of debt that you have, Israelsen recommends living within your means. “Think about what it’s important in your life. Having lots of things really doesn’t matter in the grand scheme. Instead, put yourself in a position to live modestly now, and then live modestly in retirement.” Living within your means, and paying down your debt, can be one of the most important things you do to get ready for a prosperous retirement.

#3 Figuring Out Want You Want To Do

“I hear from people all the time who just talk about generalities when it comes to retirement,” Israelsen commented. “I’m going to retire. Yes, but what are you going to do?” He recommends that you start when you are younger to think about what you would like to do. Whether it’s volunteer work, spending time visiting your grandchildren, traveling the world, or developing a hobby or skill, you should have an idea of what you want to do, and how much money you will need to do it.

“We weren’t put on Earth to watch TV,” Israelsen pointed out, “but if you don’t have some sort of idea of what you want to do, and how you are going to do it, that’s what you’ll end up doing.”

With proper planning — and the earlier you start the better — you are more likely to retire with enough of a nest egg to create the income stream you need to do what you want. And that’s something worth thinking about.

(Disclosure: I received a free copy of Nest Egg Game Plan to review. I was not compensated in any way to interview Israelsen or share portions of the interview.)