How To Save Money, Invest, Pay Off Debt, Travel and Still Live The Life of Your Dreams 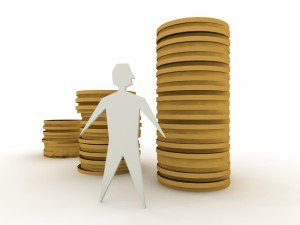 Chances are, if you’re reading this blog you’re already well on your way to being more in control of your finances.  You’ve probably read a personal finance book or two and maybe you already have your own home business and some non-registered investments for the future.

We all know what we need to be doing to get our financial act together; the problem is doing it. The problem is that there is so much to do.  It can’t happen overnight.  Yet sometimes we’re impatient and we take actions which we unconsciously think will get us to where we want to go, faster.

Examples: coming into some extra, unexpected money and putting it all on your credit card; getting a pay raise and deciding to put it all into an investment; finding out that your credit card company bumped your rate up, so now you’re not going to see any more movies or eat out again until you get that debt paid off.

You aren’t going to get ahead by privileging one component of your financial health above all others. It’s such a simple point, and it can take a long time to sink in.  The path to financial health is BORING.

I’m assuming you don’t want to have a six-figure income if it means you’re also one million dollars in debt.  I’m assuming you don’t want to have all your debts paid off by the time you’re 70, only with nothing left to retire on.  The only way to be debt-free and swimming in cash flow so that you can retire early and live the life you want is to tackle ALL of these problems at once, bit by bit.

These things all need to happen sooner rather than later.

The problem with solving one of these leaky faucets at the expense of the others in the short-term is that pretty soon you’ll be forced to attend to the other, and you will sabotage the forward-momentum you achieved in taking care of your debt, for example.  The analogy I like to use is that of keeping a rowboat steady.  You don’t want to rock it too far in one direction if it just means you’re going to fall into the water again.

Solution: Imagine you’re already as wealthy as you need to be.  Imagine you are free from all finance-related stress.  Now think in reverse to envision what allocations of capital got you to this stress-free financial place.  In other words, what balance of capital inflows and outflows do you need in order to balance your obligations with what you need in order to get to where you want to go?  If you have $1000 in monthly debt payments, $1000 in monthly shelter payments, $1000 in living expenses, and you also need $500 for your investment fund and $500 for a future travel fund, you need to find a way to pay all of this each month just in order to stay afloat.  You can’t let one “money channel” fall behind, because it will just mean that you’re sabotaging the progress of another “money channel” in the future. You also can’t forgo developing the money channels you will need in the future, because then you will never make room for them in your portfolio.

Sounds pretty basic, and it is.  But it’s the subtle shift in perspective that’s important.  Rather than think of your financial obligations in terms of balls you have to juggle — on which view you can only hold onto one at once and it’s the balls that are really controlling you — think of it as a pie that you slice up each month.  (Apologies for the awkward metaphors.)  You’re in control.  The difference is that each month you start with a full pie.  As you become wealthier, the size of your pie will grow, but you will always start each month with a full pie.  So how do you want to cut that pie up?

The trick to pay off debt, save money for Costa Rica, buy a second home, and still sock cash away for retirement is to do ALL of these things all at once.  You need to make room in your portfolio TODAY for everything you want to achieve and have in the future. That includes finding ways to keep that monthly pie growing.  You may feel broke today, but just remember that you always start each month (or each new paycheck) with a full pie.  Don’t give half of it to Mr. VISA only to starve Ms. Costa Rica, because later on she’ll be stealing from Mr. VISA again just to get even.