Last year provided investors with plenty of peaks and valleys to navigate. We’ve had sovereign debt issues in Europe and concerns about a double dip in the US. We’ve had many debates over whether China will overheat their economy or reheat ours.

The stock market has improved significantly. We’ve seen some evidence of a bounce in the global economy, but real estate prices remain low and unemployment, uncomfortably high. 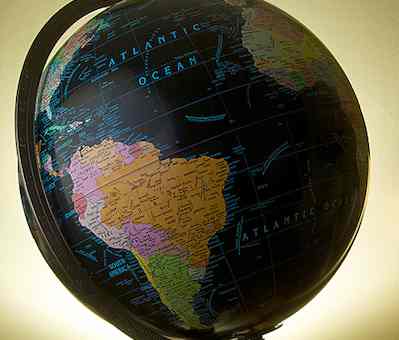 What will 2011 bring? No one really knows for sure, but we can still look at some of the factors that will influence the investment landscape over the coming twelve months. Here are a few issues to watch for in 2011:

I suppose I’m demonstrating a bit of recency bias by mentioning this hot spot first, but sovereign debt and banking system issues in Europe are still a concern as we prepare to ring in the New Year. Greece and Ireland have already had significant problems and it remains to be seen whether the duct tape and bailing wire solutions provided will hold. Next in line for potential problems are Portugal, Spain, Belgium, and Italy.

If any of these simmering problems reach a full boil, we could be in a 2008 type of situation again, with many of our curative options already spent. But if these issues stay on the back burner or come to some type of orderly resolution, markets could take that as an all-clear signal and rally to new highs.

What happens in China definitely doesn’t stay in China. We’ve repeatedly seen markets react to policy decisions coming out of China throughout 2010. Each time they release news that is perceived by markets as stimulative, commodities and stocks rally. If they hint at raising rates, markets sell off.

This effect is exaggerated for investors in commodity-heavy markets like Canada, Australia, and Brazil. I would expect to see this dynamic continue into 2011. If China’s economy or property markets hit a snag, so will global markets. If not, it’s off to the races.

The US does not seem to be winning any fans with either its monetary or fiscal policy. Domestic and foreign critics of the Fed’s quantitative easing program have not been shy this year. If rising commodities prices continue to drive up the cost of food and energy, those critics are likely to grow in number and become a lot louder in 2011. On the other hand, if the economy continues to improve and the US starts to see some job growth, you’ll likely see “The Ben Bernank” on the cover of Time Magazine this time next year.

On the fiscal side, most people are very concerned about the size of the debt hole and they would like the US government to stop digging – as long as it doesn’t mean any cuts to services they consider important. They would also like to see a lot less partisan bickering and a lot more cooperative problem solving. If that were to happen (don’t laugh – you never know) global markets would likely take some solace and the bond vigilantes might put down their pitchforks.

The landscape for bonds depends directly on many of the factors we’ve already discussed. If sovereign debt becomes an issue, bond yields (and therefore interest rates) for the affected countries will soar. Bond yields for countries perceived as safe havens will fall. US Treasuries have typically been a flight-to-safety trade when European problems have flared up. But if the bond vigilantes grow tired of the profligacy of US legislators, that could end – quickly.

At the time of this writing, bond yields have been rising very quickly. That could continue if the economic recovery is for real. If, however, we see evidence of another slowdown, you could see yields fall again.

The outlook for stocks may be most dependent on what happens in the other 10 areas we’re discussing today. Problems in one or more of these hot spots could lead to a sell-off in equities. On the other hand, if the economy continues to stabilize and these concerns don’t come to fruition, the market has room to run higher.

Many have argued that employment is a lagging indicator, so it makes sense that we haven’t yet seen the employment market recover even though the stock market is well off its lows. Others, like David Rosenberg, have contended that we are not in a typical recession. We are in a balance sheet recession, and employment tends to be a leading indicator for that variety of slowdown. Regardless of which argument is correct, continued high unemployment will be a drag on the economy and the markets and any signs of improvement will be met with lots of equity buying.

The inflation-deflation debate has been another prominent theme in 2010. That will likely continue into 2011. The top inflationary concern will be rising food and energy prices and their effects on an economy with stubbornly high unemployment.

However, deflation could rear its head too. A big slowdown in China, the US, or Europe could have a deflationary impact globally. If debt bubbles start popping, deflation will become an issue very quickly.

When Ben Bernanke announced his intention to kick off another round of quantitative easing, the US dollar fell further. It has continued on its path, interrupted only by a couple of “they’re worse than us” rallies when European debt problems flared up.

Other countries don’t care for the effects of a falling greenback on their currencies and exports. So many countries have huge amounts of debt and all of them would like to ease that burden by devaluing their currencies. The problem is that they can’t all do it at once without creating major dislocations in the global markets. This will be something to watch in 2011.

The Japanese economy has been mired in a deflationary trap since its own property bubble burst decades ago. Some see Japan as a precedent for the path the rest of us are, viewing the prospect of multiple lost decades as a real possibility. Others think Japan has been down so long that it’s got nowhere to go but up. Given the similarities between what happened in Japan and our current policy choices, it seems like another place to watch in 2011.

There’s nothing new about the idea that geopolitical factors like war and civil unrest can affect economies and markets. Each New Year brings uncertainty about where problems might surface and how they might play out. Some of them (the Korean Peninsula, Iran, Israel/Palestine) are expected. Others can come out of nowhere. All we can do is manage risk to the best of our ability and keep our eyes open for warning signs – although some geopolitical crises don’t come with those. (See 9-11.)

Are there any other investment hot spots you’ve got your eye on for 2011?