A month before the Quantitative Easing Explained video went viral, many experts were already debating whether a second dose of Quantitative Easing was a good idea. Jeremy Grantham has recently warned about QE collateral damage. Before that, John Hussman argued against QE2 in his October 18, 2010 newsletter. Entitled The Recklessness of Quantitative Easing, the letter makes a compelling case that QE2 won’t work, and that it may very well make things worse. 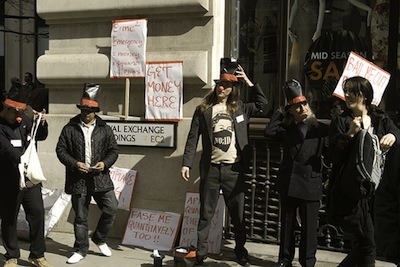 Hussman’s main argument centres around the economic principle of constrained optimization. That means that removing a barrier will only allow you to move forward if it’s the barrier that was blocking you in the first place. Essentially, he’s saying that the Fed is:

What Is QE2 Supposed to Accomplish?

According to Hussman, there are 2 main targets for QE:

The hope is that 1 + 2 will equal higher U.S. output (improved economic conditions) and lower unemployment levels. Hussman doesn’t think it will accomplish either.

Dumber Than Your Plumber

In the viral QE video referenced above, one character says that she wouldn’t trust her plumber to run the economy. The other replies: “Although when you call the plumber to fix something that is broken, they usually fix it – not break it more.” His friend replies: “This is true. The plumber is clearly smarter than the Ben Bernank.”

Whether this criticism is fair or not, John Hussman thinks QE2 is a bad idea, and that the Fed should know better. Bearing in mind the QE targets mentioned above, here are a few reasons it won’t work:

So QE is unlikely to help the overall economy or the unemployment picture. Hussman further offers a few reasons why the Fed’s interference may do more harm than good:

What’s an Investor to Do?

According to Hussman, investors should reduce risk. “Demand for risky assets has not been driven by the prospects for unusually high returns. Rather, investors fee “forced” to take risk despite elevated valuations, largely thanks to Federal Reserve actions.” Although he sees signs of commodity hoarding and the price appreciation that goes with it, he thinks a lot of that is already priced in.

Hussman also offers some suggestions for policy alternatives that might actually work, including extending unemployment benefits, ensuring multi-year predictability of tax policy, infrastructure spending, and debt restructuring, among others. There is a lot more information in the full article. It’s a little above the layman’s level, but these are issues we all need to understand as they do affect our everyday lives.

What do you think? Is QE necessary or reckless?