Do You Think the Economy has Improved in the Last 5 Years?

It’s been about 5 years since the collapse of Lehman Brothers and the ensuing financial crisis and stock market crash. In the recession that was a part of the situation, many consumers changed their habits.

In the last 5 years, the stock market has more than recovered, and the recession has ended. But that doesn’t mean that consumers are ready to acknowledge the changes. In fact, for many consumers, it still feels as though the economy is in poor shape.

Whether the economy has improved is the subject of the latest COUNTRY Financial Security Index.

The Impact of the Great Recession

For many consumers, the Great Recession represented the most dramatic financial downcycle in their lifetimes. While my grandparents vaguely remember the Great Depression, there are few events that ingrained themselves on the psyche like the Great Recession. Even my parents, who lived through the inflation of the 1970s and early 1980s feel that the Great Recession has left a stronger impression. 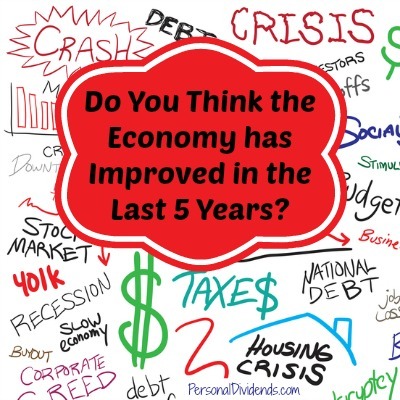 The Great Recession has had such a lingering effect that people are still reacting as though the economy is still in the throes of a downcycle. In November 2008, 67 percent of respondents indicated that they felt as though the state of the economy required them to cut back on spending. That number is still high — currently at 68 percent.

The shift in the psyche can be seen somewhat in the shift in recent years toward frugality, and the fact that instead of being proud of new cars and big homes and consumer items, there is a pride in pinching pennies and getting the best deal.

What About the Future?

The COUNTRY Financial Security Index also takes a look at how Americans view the future. Many Americans are so pessimistic about the future. Only 38 percent feel as though they will be in a better position five years from now, while 21 percent say things will be about the same, and 28 percent think that things will get worse. On top of that 46 percent of respondents feel that another recession is coming in the next five years.

Clearly, there are plenty of folks who are still considered about what’s next for the economy — especially since many feel as though they are still in a precarious financial position.