Credit CARD Act of 2009: Consumers Getting the Shaft as Banks Rush to Raise Interest Rates 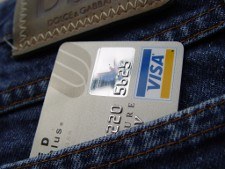 Earlier this year, Congress passed the Credit CARD Act of 2009 in response to populist outrage over banks and their practices. While the act does provide a number of protections for consumers, and does force a little more transparency out of credit card issuers with regard to their terms and changes to card agreements, there are some problems that consumers should be aware of. In fact, you are probably already aware of the fact that the February 2010 implementation date for most of the terms of the act has resulted in a rush to raise interest rates. It’s unfortunate, but, despite enraged and incredulous shouts of How can this be legal?, it is, in fact, legal. Credit card agreements, as currently constituted, leave all of the terms to the discretion of issuers. And that means that until government regulation takes effect, those with credit card debt are at the mercy of the banks that issue credit cards.

In August, some of the changes mandated by the credit card act went into practice. Here are the three main changes that are already in effect:

Raising rates while they still can

Credit card issuers (this includes cards issued on behalf of department stores and gas stations, which have some sort of financial division or bank) can raise rates as they see fit until February 2010. There have been some attempts to move Congress to make the Credit CARD Act changes effective at the beginning of December 2009, but by now, for most people, the damage is already done.

When the new rules go into effect, there will be limits on why interest rates can be raised, and how they can be applied to balances. While defenders of credit card companies often point out that there is usually some credit-based reason for interest rate hikes, that doesn’t explain why many people with good credit and payment histories see rate hikes. In the current case, credit card issuers are hiking rates on everyone to ensure that they get a nice, fat increase in revenue. Rates are set by a formula that takes the prime rate in the market and then adds a certain number of points to it, such as prime plus 10. Many issuers are simply changing their formula to prime plus 13 or 15 or whatever they want — which means higher rates for everyone. The fact that they have to notify you 45 days in advance, and allow you to opt out and close the account, is small comfort.

What you can do

All you can do at this point is call your credit card issuer and hope for the best. Do not believe stories about an “interest rate freeze” until the credit card act goes into effect in February. That’s bull. If there was a freeze, banks wouldn’t be able to raise the rates they are charging on their credit cards. It doesn’t hurt to ask for a rate reduction, though. Just remember to be polite. You may also have to ask for a supervisor, the solutions department, or the retentions department. Many representatives are authorized to offer you a decrease of between 2% and 5%. Here are the items that will give you a better chance of success:

If you do not get an interest rate deduction, and you are having trouble making your payments (this can be especially difficult if your minimum payment was raised on top of the interest rate hike), you may have to work out a payment plan with your creditor. This will likely result in a closed account. If you are not planning to use credit anytime soon, closing a credit card account that is imposing particularly difficult terms might not be a bad option. You can pay back the account with the current terms, and then work on recovering your credit rating down the road.

In the end, the Credit CARD Act is more likely to hurt than help until full implementation takes place in February. Additionally, it will be July 2010, when the new transparency rules enacted by the Federal Reserve, until more disclosure of terms can be seen. However, that doesn’t change the fact that the credit scoring system is still quite secretive. Until there is more transparency in credit scoring, and until consumers take better control of their credit use, it doesn’t matter how many laws are enacted: The game is going to be rigged in favor of the credit card issuers.