What are the Types of Unemployment? 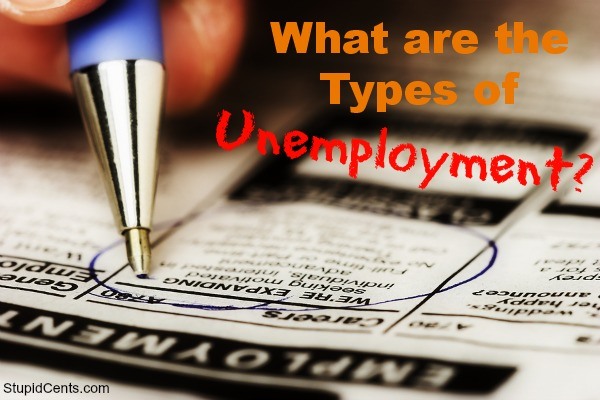 At first glance, it seems as though unemployment is fairly straightforward. You either have a job or you don’t.

The very first classification made is whether or not the unemployment is voluntary. With voluntary unemployment, the worker decides to leave a job. He or she might leave in order to find better work, start a business, or for some other reason.

Other types of unemployment are also considered when it comes to reports. Here are 3 categories of employment:

Each of these different types of unemployment are viewed differently, and have a different impact on the state of the economy. Structural unemployment is perhaps one of the most difficult to overcome, since the market has to wait until workers acquire the skills employers want (or until certain skills come into vogue) before the unemployment situation abates.

Other types of employment generally see an end. Frictional unemployment is considered a very short-term situation, since it is presumed that someone with the right skills will be able to find a job relatively quickly. And, of course, cyclical unemployment is something that the government tries to deal with by stimulating the economy and creating a situation where improving economic conditions lead businesses to expand at a rate that requires them to hire more workers.

Unemployment isn’t just cut and dry. There are nuances to it, and situations that prompt economists and the government to view some types of unemployment as more problematic than others. Having an idea of how unemployment is viewed can better help you understand policy and economic decisions.