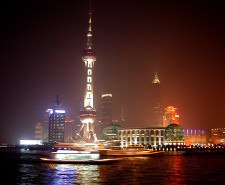 Now that things are looking a little better for the economy, and now that investors are showing a little more appetite for risk, you might be hearing more about emerging markets. Emerging markets are those countries that are developing economically, and preparing to become major players on the world’s economic stage. The two most well-known emerging markets are China and India. With Brazil and Russia, they make up the BRIC nations, considered the leaders of the up-and-comers in the global economy. However, there are other emerging market economies, such as those in Mexico, South Africa and countries in Southeast Asia, South America, Eastern Europe and the Middle East. For those who have a little more risk tolerance, emerging markets can make intriguing — and profitable — investment options.

It is important to be careful when investing in emerging markets. Commodities and currencies are rather risky, but offer the highest chance of returns. You can also invest in individual stocks in some emerging markets. Understand that when investing in any foreign country, you are taking an additional risk of the currency exchange rates fluctuating. Make sure you understand the laws and regulations surrounding these actions. Accounting in other countries may not closely follow GAAP so it is important to understand the differences. US tax law also treats income derived from foreign investments differently depending on whether the country has a tax treaty with US or not. Also, consult with a knowledgeable tax professional about those kinds of implications. When considering emerging markets, it is also good to remember that bonds may not be much less risky than stocks. U.S. Treasury bonds are backed by the most stable tax-payer base in the world. Emerging markets can’t make that claim.

Investing directly in an emerging market stock listed on that country’s exchanges can be difficult and not many discount brokers can execute such orders. It can be done through some of the full service brokers but can become very expensive. Several companies from emerging markets have listed their stock on US exchanges in the form of an ADR (American Depository Receipts) or ADS (American Depository Shares). As a requirement for this listing, these companies issue US GAAP equivalent of their financial statements (in addition to their traditional statements). Investing in these companies may be easier in terms of transparency and transactional ease.

While emerging market investments can add some growth and diversity to your portfolio, it is important to be careful when including them in your asset allocation. William Bernstein (author of The Four Pillars of Investing) recommends in Money Magazine that you limit your emerging market holds to between 5% and 10% of your holdings. And that’s high end. Carefully and honestly evaluate your risk tolerance before risking even that much of your portfolio in emerging market investments that could result in large losses.