Could Tweeting About Your Job Get You in Trouble?

One of the great things about social media is that you can use it to improve your chances of getting hired, and of growing your business network. Social media can be a great tool for finding a new job, and you can keep your network of contacts up to date in the event that you find yourself in need of connections to help you climb the career ladder later on.

However, even though social media has its advantages, the reality is that, sometimes, there are downsides. Online privacy is becoming an oxymoron, and your employer — and even your former employer — may be monitoring your social media accounts for activity that could get your fired, or even sued.

Is Your Current Job in Jeopardy?

In the last few years, you’ve probably heard stories about people getting fired from their jobs because of things they shared online. Facebook images of teachers partying can be grounds for dismissal. Blatantly discriminatory or inflammatory tweets can result in firing. 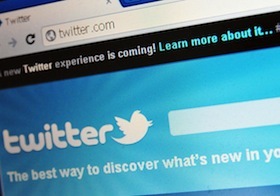 Even if you are posting on personal social media outlets, the reality is that many employers see you as a representative of their brand, even if you are technically “off duty.” The higher profile your job is, or the more people who associate you with a specific employer, the greater the consequences if you share something considered inappropriate online. It’s why teachers (who are considered role models) and company executives (who are considered the “faces” of their company brands) are often scrutinized closely.

But it’s more than just representation. If you are seen bad-mouthing your employer on social media, you are likely to be fired. After all, no company wants you working for them if you are going to actively go after them while you are an employee.

As a result, if you want to keep your job, it’s important to ask yourself this question before you post anything: Would I want my boss to see this?

You’re Not Off the Hook When You Switch Jobs, Either

An interesting article on Marketwatch looks at a growing trend of former employers coming after those who post information that could be considered “solicitation.” In some cases, when you leave a job, you might have to sign a non-solicitation agreement. This agreement is designed to keep you from recruiting your former coworkers to join you at your new job.

In order to make sure that you are abiding by the terms of your agreement, a former employer might monitor your social media activity. A tweet about how awesome your new job is could, theoretically, be construed as an effort to lure others to the company — even if all you’re doing is expressing your enthusiasm for your new position.

The Marketwatch article cites a case in which a company sued a former employee for connecting with former colleagues on LinkedIn after he left. It’s one thing to have connections before you leave, but expanding your profile amongst former coworkers after you start a new job might be a no-no.

The legal precedents aren’t all set right now; the highest profile cases in the United States have settled out of court. But there are lots of questions about what you can say, and it’s clear that some employers are checking your activity and looking for evidence of a misstep.

What Do You Think of Social Media and Career?

Social media is becoming an increasingly important part of the career landscape. Potential employers check social media profiles before making a hire. While you work at a company, your boss might occasionally see what you’re up to on social media. And, finally, even after you leave your job former employers can follow you around cyber-space, watching for signs of inappropriate activity.

What do you think of all this? Is it fair? And do you take steps to keep your social media profile below your employer’s radar?