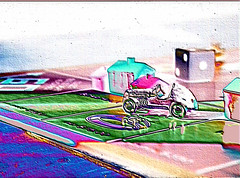 World Wealth Report survey is conducted annually by Merrill Lynch and CapGemini. The report surveys the state of HNWI (High Net Worth Individuals, with investable assets $1 million and above) and Ultra-HNWI (investable assets $30 million and above) globally, reporting on macro-economic factors driving wealth creation and key trends in this demographic. It can be requested at CapGemini website here.

Struggling economy takes its toll on the wealthy

The 2009 report shows what we already suspected. The economic turmoil and the slumping stock and property markets have affected the wealthy dramatically. The effects are more pronounced in the United States compared to the rest of the world and the Ultra HNWI suffering greater asset declines than the mere HNWI. The statistics make for a sobering reading.

Here are the highlights of the World Wealth Report (all data as of end of 2008):

Wealthy are changing their asset allocations

It is not surprising that the economic conditions and market volatility are causing investors to rethink their asset allocations. The trends in 2008 show that the HNWI population have significantly reduced their exposure to Equities (from 33% to 25%), increased their cash allocations (from 14% to 21%) and are now finding real estate (specially residential) more appealing (allocations changed from 14% to 18%). Fixed income component of the HNWI portfolio is now up 2% to 29% in 2008 compared to 2007. It would, perhaps, also come as no surprise, that the wealthy reduced their portfolio allocations to alternative investments (Hedge Funds, etc) in 2008 by 2% from 9% down to 7% of their aggregate portfolio. It is projected that the HNWI will maintain their conservative outlook in the short term. 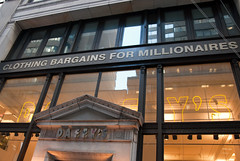 Crisis of confidence, changing face of the wealth management industry

What is perhaps more telling of the extent of the damage to the confidence of the HNWI investors is the trends in their relationships with their financial advisors and wealth managers. Of all the HNWIs surveyed, 27% of them reported withdrawing assets (or leaving altogether) from their wealth management accounts in 2008.  46% of the HNWI surveyed reported that they lost trust in their primary advisor, while 78% said they lost trust in the financial system regulatory bodies.

The study forecasts that the HNWI wealth will recover to $48.5 Trillion by 2013 and the Asia-Pacific will overtake North America as the largest region for HNWI financial wealth.