One of the biggest money-saving techniques you can practice in the kitchen is to preserve foods by freezing.  Whether you choose to freeze whole, raw, or single-ingredient foods – or cook an entrée for easy prep later – the opportunity to buy low and eat when foods are more expensive is an appealing one.  This quick cheat sheet will set you straight on what foods do well under freezing temps, and which ones won’t hold up under ice. 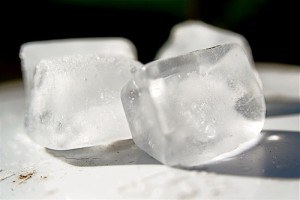 Other foods that do fine in the freezer include: Cooked eggs (white mixed well with yolks), whole berries, homemade and store-bought breads, cookies, muffins, most soups and stews (not cream-based), cooked roasts and briskets (in their own juices, a prepared gravy, or BBQ sauce), and tortillas.

Other foods that don’t pass the freeze test include: tomatoes, egg whites, fried foods, and jello.

The best way to know how unknown foods will react to the freezer is to test them.  Play around with small amounts of your favorite recipes, and try freezing individual portions on a cookie sheet for an hour before putting them into a freezer bag or container.  (This will keep them from sticking together.)  It’s also important to account for the expansion of liquids.  Milk, juice, and soups will take up more room after they’ve frozen (about 10% or so.)  Make sure the container has some room left in it!