Will You Have a Frugal Holiday Season?

There are some hopes, by retailers at least, that this holiday season will see an increase in consumer spending over what was spent last year. But are consumers really ready to spend more money come this holiday season? Maybe not. Perhaps frugality has caught on a bit. Maybe it will become a new holiday tradition.

One thing that has struck me in recent years is how gifts have become inflated. We feel we have to give big gifts, or expensive gifts. Or a lot of gifts. At least until the recession. Thanks to the recent recession, many people began wondering how they could save money on gifts, and began asking how they could reduce the amount of money being spent on gifts, and on holiday entertaining. 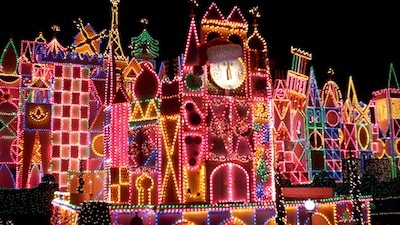 On a whole, I think this is a good thing. The gift inflation associated with the holidays in recent years put a premium on the cost of the gift, and encouraged spending money. On top of that, expensive gifts, and a profusion of gifts, are both things that contribute to a materialistic outlook. When we concern ourselves with how much we are spending on someone, it gives the impression that we are trying to buy affection, rather than express our own affection for someone else. Plus, it can result in large amounts of Christmas debt.

Frugal gift giving has the potential to get us back to a way of giving more thoughtful gifts. It wasn’t so long ago that homemade gifts were the norm, and small, thoughtful mementos were considered more than acceptable as gifts. The recession had many people thinking more about holiday gifts, since creativity has been needed in order to help stretch the gift giving budget. If the frugal gift giving trend continues, it may help us, as a society become less materialistic.

Limiting Gifts in My Family

One of the issues that my husband and I acknowledged last year was that we had been buying an awful lot of presents for each other and our son. It was starting to get ridiculous as the presents piled up around the tree — and the costs piled up in our bank account. We also worried about what we were teaching our son about money and things. So, last year, we put a cap on presents. We decided that we weren’t going to buy as many presents, or spend as much.

We had a lovely Christmas in which we focused on getting a smaller number of meaningful gifts, rather than a larger number of so-so gifts. It really improve our enjoyment of the holidays, and it saved us money. (Even though it took longer to do our holiday shopping because we were trying to find the “best” gifts.)

So, this year, we are ready to it again. We plan to limit our gifts to each other, and concentrate on getting thoughtful gifts for friends and family. We’re also going to do more pot luck entertaining so that we are all contributing to parties and dinners. This should also take the financial pressure for us and those we know.