For years, the accepted “retirement age” has been 65. However, many people are starting to look at their situations, and they realize that this might not be practical. A recent poll from CBS points out that only 52 percent of Americans not yet retired expect to make the 65-year-old deadline. Additionally, more people than ever expect to retire in their 70s. It might not seem like 22 percent of not-retired Americans is a lot, but when you consider that only eight percent of not-retired Americans said they would work until their 70s as recently as 2005, that changes things.

So, what’s changing? And will you be able to retire when you want to? 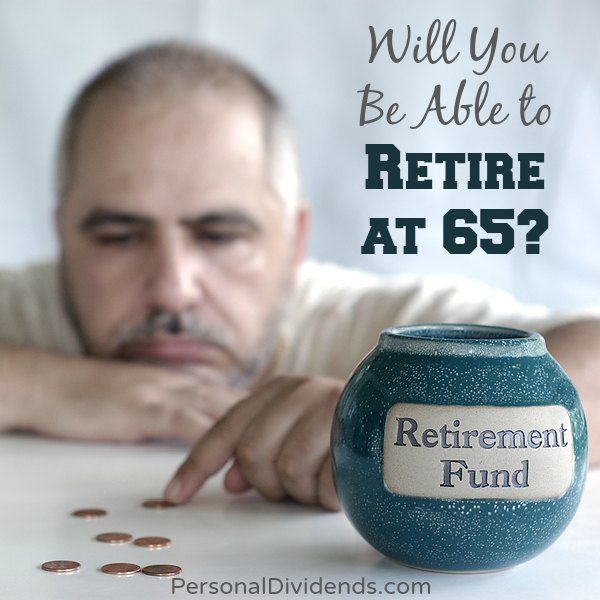 In my completely non-professional opinion, I think that at least some of this change comes from the fact that reality might be setting in. This reality setting in comes from a couple of sources, I think:

When you get right down to it, a lot of it has to do with planning. Not enough people actually evaluate their possible retirement needs ahead of time, and the result is that they don’t do enough to prepare. Yes, a stock market crash just before retirement, or early in retirement, can cause some problems. But it’s an even bigger problem if you didn’t plan ahead and prepare to begin with.

What About the Economy?

Here’s where the economic situation comes in. According to the CBS poll, 70 percent of Americans who haven’t retired yet find it difficult to save for retirement while keeping up with their bills and other expenses.

This is where things might get difficult. Even if you plan ahead, it can be difficult to set money aside if you are unemployed or underemployed, or if you have a hard time meeting your obligations.

What Can You Do?

If you want to meet your retirement goal and be able to retire at 65, you need to make plans right now. Even if your company doesn’t offer a retirement plan, you can still save if you have some sort of earned income. Anyone with earned income can open an IRA.

Next, set money aside in your account, no matter how small the amount is. Even if you can only start with $100 a month, start with that. Look for ways to earn extra money so that you can invest in your retirement account.

Of course, that $100 isn’t going to be enough to build a solid nest egg if you never increase what you set aside. Start early, and then, as you see increases in income over time, add more money to your retirement account. Each time you earn more, add more to your account.

Once you realize where you stand, and take the steps to effectively save for retirement, you will stand a better chance of retiring when you want to.