Why Money Does Not Bring Happiness – It Brings Unhappiness

by Ray | Money and Psychology | 12 comments

Reaching financial independence is the ultimate goal for many of us, almost every personal finance blogger I follow state that their goal is reaching financial freedom. The general assumption is that with more money comes more happiness; some say money does not necessarily buy happiness but it can make things a lot easier. We don’t hear many people argue that money will bring unhappiness, what if I said it does? I am a strong believer that real happiness has zero correlation with money, sometimes money and happiness even have a negative correlation (more money = less happiness). I have stated earlier that money should just be a means to an end and nothing more. Let’s look at some reasons why money does NOT bring happiness. 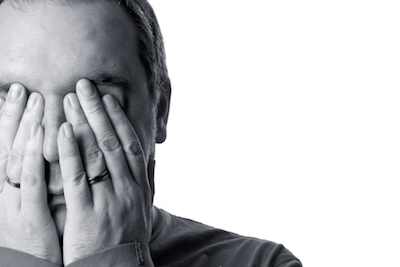 Always Want More [Greed]
You may believe that once you reach a certain financial target you will be happy and not want more. For example, you may believe that if you made $100,000/year you will be happy and want no more, but the fact is that nothing is ever enough for us as human beings. If you make $100,000/year why not try a little harder and make $150,000/year and buy the bigger house and a new luxury car? We always want more and herein lies our weakness and the source of our unhappiness.

Less Time To Enjoy Life
The primary reason for reaching financial independence is so that we have more time to do the things we love and enjoy life. However studies after studies have shown that the more people make the less time they spend enjoying their life. With more money come more responsibilities and more stress (isn’t that counter-productive?), now put this together with the previous two points and you have the perfect receipt for unhappiness.

Money Makes Us Unhappy
At this point it should be clear that money has little or no chance of making one happy, but that’s not all. A study by Berkeley actually shows that money brings unhappiness. “In a capitalistic society, people generally believe that – all other things being equal – being rich is better,” Chatman states. “But that is not what we found.” Although the study compares differences between individuals depending upon work values, one can draw inferences to the general population.

Money’s Effect On Happiness Overrated
There is also research showing that money’s effect on happiness is overrated, Princeton Researcher and the 2002 Nobel Prize Winner Kahneman, PhD, says that money does not bring happiness. Kahneman says that people overrate the joy-bringing effect of money, he says:

If you truly want to be happy than your happiness should never be based on external or material things. True happiness comes from within; a poor man living in the mountains of Afghanistan is often happier than a Wall Street CEO living in a NYC Penthouse.

How much of your happiness depends on money? Is your goal reaching financial freedom so that you can have more time with family and not worry about money…? Does money bring happiness directly or indirectly?