Heads Up: What’s Next with the Payroll Tax Cut?

There’s a lot of talk right now about what happens in January. Even though we aren’t likely to see a complete Financial Armageddon the moment the year turns over, there is plenty of speculation about what the fiscal cliff could mean for your finances in the coming months.

What is the Payroll Tax Cut?

The payroll tax cut consists of a cut to the amount the employees pay for FICA as part of their paychecks. Employees and employers alike pay this tax for the support of Social Security. Each side normally pays 6.2%. However, for the last few years, the employee side has only been 4.2%. It’s a reduction that doesn’t seem like a huge amount, and, indeed, someone making $45,000 a year sees about $75 a month in the paycheck due to the payroll tax cut. (The self-employed have also seen a reduction. They still pay the 6.2% employer side, but have a lower employee side.) 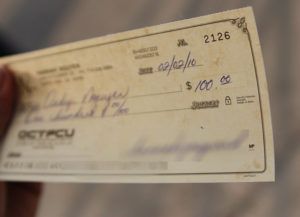 By now, though, many consumers are used to seeing the extra money in their paychecks. Going back to a 6.2% FICA payment for employees would likely be seen as more of a tax hike, rather than a return to “normal.” Since the measure has become an ingrained part of life for many, especially in a time economic turmoil when many aren’t sure what the future brings, the idea of having a smaller paycheck is somewhat daunting.

(It’s worth noting, though, that you don’t pay FICA on your entire income. Only the first portion of income is subject to FICA. In 2013, the first $113,700 is taxed; everything after that isn’t.)

Is the Payroll Tax Cut on the Table?

With attention being turned toward the tax cut, the question of what will happen next is one that is being raised. Many politicians are talking about how they don’t want to end a tax cut that many in the middle class have come to rely on. But there is also the question of the budget. As a result, some of the haggling revolves, once again, around whether or not the “rich” — those making $250,000 or more per year — should keep the tax cut. So far, there is some talk of letting it expire for those making more than $250,000 a year.

Right now, there hasn’t been an agreement on what should be done to address the fiscal cliff. A lot of ideas are being batted around, and the fate of the payroll tax cut is one of the items on the list.

No matter what, it’s important to look ahead, and consider the effect that various policies, especially tax policies, could have on your finances. While some might think that the payroll tax cut isn’t such a huge deal, others might decide that it really does have the potential to impact their finances. Take a few minutes to consider your financial situation, and then make decisions based on what the fiscal cliff is likely to mean to you.