Want to Save Some Serious Cash? Try a Spending Fast

When we hear of friends or family who are able to pay off debt fairly quickly, or we learn that someone working a job whose salary is half ours can somehow still find the funds for that luxury vacation, we wonder how they manage to put away so much money. Of course, tons of personal finance advice articles out there will suggest that putting aside only a small portion of our paychecks, somewhere in the arena of ten to fifteen percent, will, over time, enable us save up a tidy sum for emergencies, vacations, or debt repayment. 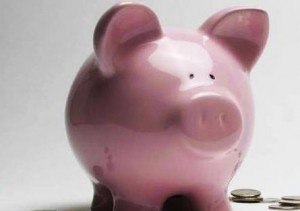 Sometimes, however, you may want to embark on a radical savings project. If you have a specific goal in mind, like completely wiping out your debt, or moving to a certain city at a specific date, try doing what’s called a “spending fast”. Recently, a CNN Money article featured a young girl who did some radical saving and ended up putting away $18,000 in the process. Her story is a truly inspiring one for those of us who are tired of living paycheck to paycheck.

Amy Newell Jones, a Colorado-based freelance photographer whose day job entailed working as clerk, decided in January of 2010 that she’d take a more hard-lined approach to her debt pile – over $25,000 worth. She promised herself that she would not spend on anything that did not fit into the “necessary” category. That meant no more shopping, going out to movies, eating out, or engaging in any activity that wasn’t absolutely necessary to her survival. She focused in particular on changing her mode of transportation to work. Instead of driving, she opted for the city bus, a lifestyle change that saved her thousands alone.

The key to her success, Jones noted, was having a definite goal in mind, one that truly motivates you. In her case, it was eliminating the debt she had amassed without even noticing it. She ends her article stating, “Because convincing myself to stand in the freezing wet snow and wait for the bus even when I don’t want to comes from a deep desire to remain debt free.”

Of course, going on a year-long spending fast as Jones did may be a little bit extreme for some of us. However, you’d be surprised at how easy the process can be once you adapt to simply not spending. Even if you don’t attempt it for a year, even if you strive for a smaller no-extra spending period of time like one to three months, you can still save an amount that you never thought you could. Personally, I’ve been on a similar “spending fast” for almost three weeks, and I’ve saved over a thousand dollars in that time alone.

So give it a try, make a commitment, and see how far some extreme spending restraint can take you.

Raine Parker, regularly writes on the topics of accounting degree.