Retirement accounts have been in the news a lot recently. Recently, Frontline on PBS took a look at some of the retirement account flaws. Additionally, a new law recently went in effect requiring 401(k) plans to disclose all of their fees. The new statements are causing quite a flurry of interest in the ways that 401(k)s might not be the best retirement savings vehicles after all. 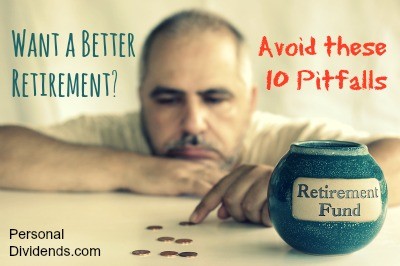 Even with the fees, though, 401(k)s can be great for your future. You just have to know how to avoid the pitfalls and make the most of your contributions to give yourself a better retirement. Craig Morningstar, Chief Operating Officer of Dynamic Wealth Advisors, offers these 10 pitfalls to avoid with your 401(k):

With the right planning, and a good approach, it’s possible for you to avoid these retirement pitfalls.