An Update on My 6 Month No Spending Spree

by Tahnya Kristina | Budgets and Bills 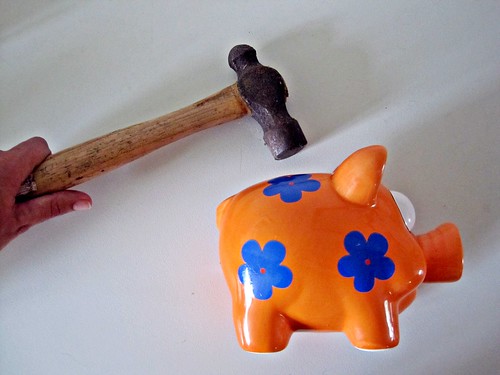 Good Morning Green Panda Friends and welcome to the last week of February.  Hopefully soon the snow will start to melt, the grass will start to show, and the flowers will begin to bloom.  Soon we will come out of hibernation from the cold winter and we will start going out more often as the weather gets warmer.  I don’t feel that winter is a physical hibernation because I hate the cold; I also think that winter is 3 month hibernation for my money.

I don’t like to go out (other than for necessities) in the cold winter months and therefore I spend less money as both my body and my budget go into hibernation.  I don’t know about you but I spent a lot less money in the winter months than I do in the months during spring and summer.  During the warm months I like to go on vacation, I like to go out for dinner with my friends, and in general I like to be out of the house more often, but all of this costs money.

You may remember from a previous post that in January I decided to start a 6 month No Spending Spree  so that I can save money for my upcoming trip to Italy in May.  I am proud to say that January was a very successful month for my No Spending Spree.  However, I cannot say the same for the month of February.  In early February I received the devastating news that one of the girls who was planned to go on the trip to Italy can no longer afford to go on vacation.

As soon as I heard the news that our trip to Italy will be postponed for one year I almost immediately started to ease up on my No Spending Spree and I started spending more money. I definitely feel bad for my friend, she had an unexpected financial emergency that is expected to cost over $15,000 and therefore she cannot afford to live up to her financial obligations as well as spend another $2000 on a trip to Italy.

As I started to slowly spend more money in February than I was spending in January I started to wonder…why do people love spending money?

I am happy to say that the first 30 days of my strict No Spending Spree has definitely changed my personal views about saving money because I was spending less money. I began to realize how carelessly I used to (sometimes) spend money.  I took little things like buying sweets, splurging on snacks, and renting movies on a weekly basis for granted.  I don’t actually need these items to live; I just like spending money on them.

Now as March approaches I am definitely spending less money.  I think that it was a little bit unrealistic to want to stop spending money altogether cold turkey.  Trying not to spend any money is like trying to quit smoking or trying to eat healthier…it’s a progress because our life style cannot change overnight.

I don’t think that I will ever go back to spending money on things that I don’t need because I have now adjusted to my lifestyle of spending less money. I have increased my biweekly savings and I am also maintaining a rolling monthly balance in my bank account.

Have You Changed Your Spending Habits during the New Year?

Photo by Images of Money