The Market Has a Memory

The Buy-and-Hold Model gets promoted heavily by Wall Street; it brought in millions in profits during the bull market. The Valuation-Informed Indexing Model is far less popular but is getting more notice since the price crash. Valuation-Informed Indexing gets so little notice that many investors do not even realize that there are two models, that many of the points made by the experts quoted on television and in the newspapers are not settled points of fact but merely the opinions of a group of people who happen to favor one of the models.

The purpose of this blog entry is to show how the two models differ on one critical and fundamental point — What causes stock price changes? 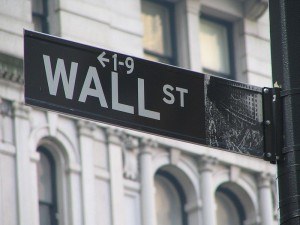 The Buy-and-Hold Model says that the market price at all times factors in all knowledge thought to affect stock prices. It follows that price changes can only be caused by the accumulation of new knowledge. If there were no new developments, stock prices would always remain the same. But of course there are economic and political developments taking place every say. So stock prices are ever changing.

It makes sense. I don’t believe that this model accurately describes reality. But I certainly acknowledge that it all logically follows once you buy into the premise that it is economic or political developments that cause stock price changes.

This is a reality that the Buy-and-Holders cannot explain. If it is daily economic and political events that determine stock prices, why would the valuation level that applies today affect the stock price that applies 10 years from today? It shouldn’t. If the market were efficient, the P/E10 value would be a meaningless number. It is impossible to reconcile Shiller’s findings with Fama’s hypothesis.

It is critical that we figure out whether it is Fama or Shiller who got this one right. The strategic implications that follow from a belief that daily economic and political events do not determine stock prices are huge.

Think about what Shiller is saying. He is saying that the market has a memory. Isn’t that so? If today’s valuation level affects the stock price that applies 10 years from today, the market price is not something that is rebuilt each day. The market ignores certain factors for years (today’s valuation level does NOT affect the price that applies next year, according to Shiller) and then at some point takes those factors into consideration. The market “remembers” things that happened a long time ago and then suddenly (very suddenly in the case of price crashes) permits those things to have an influence even though they have never had an influence before.

Have you ever known someone who was an alcoholic living in denial of this sad reality? The person’s friends see him ruining his life and try to step in. But he pushes them away with angry words, insisting that he has his drinking under control.

Does the alcoholic know that he has a problem? Of course he does. That’s why he is so defensive. He knows better than any of his friends that he has a problem. Yet on another level he really does not know. He cannot stand to face this reality. So he blocks it out of his thinking.

When prices go to insanely high levels, as they did in the bull market of the late 1990s, investors are living in denial. Their common sense tells them that bull markets always lead to a crash and to an economic crisis. But the investors want the bigger portfolio amounts that come from living in denial. So they refuse to hear warnings that appeal to their common-sense concern about excessively high prices and how the market always performs in the two decades following bull market tops.

At some point, the alcoholic breaks down and joins AA.  So it is with stock investors. At some point our fear of crashing prices to come grows so strong that we start selling and a crash really does come. That’s what brought on the crash of 2008 and the economic crisis we are all living through today.

The encouraging news is what follows from our acceptance that Shiller nailed it.

If Shiller is right that the market has a memory, stock investing risk is to a large extent a thing of the past. Statistical tests have been done showing that the P/E10 level (that’s the price of a broad index over the average of the last 10 years of earnings) that applies today tells us 80 percent of what we need to know to identify the stock allocation we should choose to obtain good results for the next 20 years.

Risk is uncertainty. Looking at valuations before buying stocks takes away 80 percent of the uncertainty about how stocks will perform in the long run. Shifting to Shiller’s model diminishes the risk of stock investing by 80 percent. That’s huge.

The market has a memory. That’s very exciting news for stock investors of the future. This asset class is on the threshold of becoming a whole big bunch more appealing than it has ever been at any earlier time in history.