The Location Independent Lifestyle: 3 Low-Cost, (But Amazing) Places in the World to Live

Completely changing your lifestyle to be able to live or work from anywhere is not easy to do, at first. No matter if you are seeking a better work-life balance or because you just want a change in climate or culture; whether setting up your remote job or a your own business that you can run remotely; living a location independent lifestyle will require a serious shift in your thinking.  But once you’re on your way and begin exploring new possibilities of living in your dream location, it only gets easier and easier from there on out.  You can absolutely make it happen as many have already done. 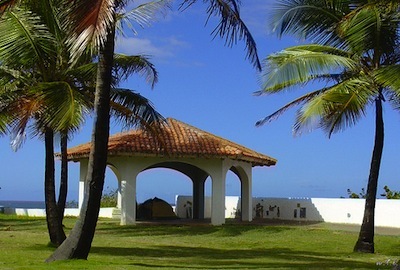 What does it take to live a location independent lifestyle?

A new trend has emerged amongst former working-class citizens:  going it on own their own to make money from a Westernized country with a better economy, but living in another country where the cost of living is cheaper, and quality of life is higher.  This is known as “geo-arbitrage” an idea made popular by Tim Ferris of the 4-Hour Work Week.  Some are even able to keep their current job but work remotely from anywhere with a solid Internet connection.  In years past this wasn’t nearly as possible because of the lack of communication networks across the globe, and in particular the advent of Internet.  Just as with technology, geo-arbitrage has gained momentum as more and more folks are taking to it.  Living around the globe is no longer only for the rich and powerful – neither of which characteristics you need to do it.

Now there will be naysayers that want you to stay safe and stick with a conventional job, and they’ll want you to stay put right where you are.  Don’t listen to them.  If you really want it bad enough, you’ll just have to ignore them.  These are probably the people that are living a hard-core consumer lifestyle anyways, who can’t ever seem to clear debts they owe, paying high monthly car insurance payments, and think that a wild vacation is a Carnival cruise in the Carribbean.  There is a rather large global community that supports this lifestyle and once you start investigating the possibilities, things open up rather quickly.

Tips for Choosing Your Ideal Location

You might think it is just a change in cost of living and climate, but cultural and language change is also a big part of it.  Before you make any moves to going location independent, you should map out exactly what it is that you want, how you plan to earn your living, and where you’d like to go.  I think one of the more important aspects to investigate well is the culture of target location.  Having an interested in learning the local language will also really help make things more interesting, and help you adjust more easily.

You should also determine what you can and can’t live without.  Many of the luxuries and conveniences that you are used to may not exist in your country of choosing – or you’ll need some good friends or family to send you a box of must-have items once in a while.

No matter where in the world you live, you will have to sustain some form of income.  I believe in being an entrepreneur but certainly you don’t have to go that way.

Lastly, investigate thoroughly what the government and law enforcement policies are like.  It’s very likely the system of your paradise country is far different from a Western one, and being a foreigner you’ll probably have less privileges.  Learn as much as you can not only about the law, but the way things work on a practical level.  You might find that extortion is a common practice wherever you are going, so be ready for these types of things. Just being bluntly honest here.

Onto the recommended list of countries for location independence…

The suggestions here are based on four criteria.

I’ve chosen these three countries because they tend to fit the criteria very well.  I will say that I’m hearing great things about Eastern European countries nowadays as well, however in my opinion they are a bit lacking on the climate aspect (colder over warmer), so I didn’t include them.  That’s just my preference to have all three.

I would urge you to remember that this list is according to what I think should be preferred. To that end, here is a small summary as to why I think this denomination is true for the top 3 countries to live with a location independent lifestyle (in no certain order).

Popularly known for Tango, fantastic red wine and amazing beef – Argentina is a already a hotspot for location independent lifestylers.  It’s pretty likely as a geo-arbitrage expat that you’ll be making home base in the capital of Buenos Aires, which is a relatively cheap, yet very modern city with many conveniences.  The national language is Spanish, which is a big plus here, because learning Spanish is relatively easy as a Westerner, and it gives you so many options for traveling and living in a variety Latin countries for traveling. 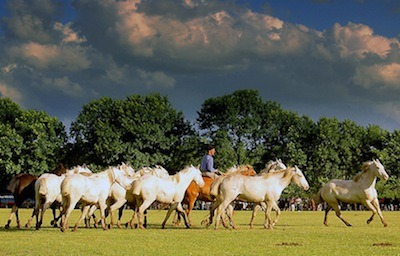 The climate of Argentina in subtropical and tends to be hotter and more humid in the north and more rainy in the south.  Of course the great thing about Argentina is the variety of weather, yet on the milder side of a seasonal region.  If you want to have more of a fun-in-the-sun and beach experience go during December through March.  For a more wintery or ski vacation go between July and October.

The currency is the Argentinean Peso. Apartments currently rent from about $500/month for a 1 bedroom on a month to month basis, and can be cheaper to the tune of around $300 to $400 per month if you are willing to pay 6-12 months up front.   Internet will cost you around $15 per month.  A hearty steak dinner is $8 for two people and a good bottle of wine can go for $5.  Taxi ride for 10 minutes is about $3, the subway or bus is a mere $0.25 per ride.

Malaysia is a primarily Muslim country and also boasts a very high level of education, modernity and is quite peaceful. The population here is very open to Westerners.  There are two general types of Malays – the Chinese Malays and the indigenous Malay population.  The Chinese Malays own many businesses here especially ones in finance, technology and the “bigger business” types.  The country is also fairly developed itself as far as infrastructure.  Kuala Lumpur is the capital city and has a booming shopping industry – from electronics to fashion.  The other larger city of note is Kuching, albeit smaller than Kuala Lumpur. 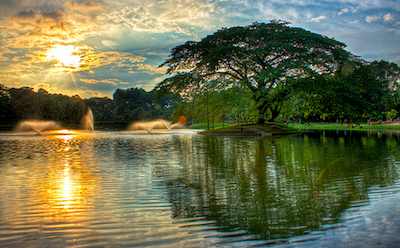 The climate is tropical and hot but not too hot.  Temperature ranges from about 68 F to 90 degrees F.  Think warm and sultry weather.  Tropical regions are of course prone to Monsoons, and that season is between September and December on the West Coast and October to February on the East Coast of Malaysia.

The Malaysian Ringgit is the national currency.  Housing costs are relatively low whether in the city center of Kuala Lumpar or out in the suburbs, which aren’t too far from city center. Apartment rentals are about $250-$350 per month for a one or two bedroom apartment.  Internet will run about $20 per month and connectivity is good. Recently, the government has also made it easier for foreigners to purchase real estate, in efforts to bring business to Malaysia and stimulate the economy.

A meal out at a cheaper restaurant will be about $3, and for a more luxurious experience only about $15 for two people.  A taxi only $2 within the city center, and a monthly transportation pass $20.  The wonderful and fresh cuisine of Southeast Asia will consistent of a lot of seafood, but chicken and beef are common as well – with lots of noodles or rice, and curries available.  Just the kind of food I love.

I just couldn’t leave out the Caribbean and had to pick a country in the warms seas.  Panama is a very modern country for the region and is very Western and business friendly.  The capital is Panama City and has a bustling local economy and culture.  Think a modern city with skyscrapers in the tropics – it is metropolitan living and a fraction of the cost.

The currency is actually the US Dollar so for Americans no currency exchange worries.  One can live in Panama comfortably for $800-$1200 per month.  Some are known to live on $1500 a month, but that’s owning a place and includes mortgage payments which is pretty great for a cosmopolitan city – you’ve got to admit.

Panama has a mild tropical climate Temperature ranges from 69-93 degrees F.  Rainy season (winter) is from May to November and the drier season (summer) is December to April.

Rent can range between $500-$1200 a month depending on what you require for living arrangements.  Internet is about $20 bucks a month and utilities are very low too – water bill is about $15 a month, etc.

Food and drink will cost a five star meal can be as cheap as $8 and as high as $30 in more touristy locations.  You can find good cheap meals for as low as $2 a plate.  As a geo-arbitrage expat, of course you’ll be looking for the deals.  As in much of The Carribean dish gallo pinto (rice & beans) is common with most meals.  National beers can be as cheap as $0.35 a can, and the white rum, Seco, is the national liquor and very cheap as well for you partiers.

New Zealand was close and although cheap, not quite cheap enough.  It is a great country to consider with an amazing climate and terrain and lifestyle.  They made Lord of the Rings there I mean come on!

Thailand is always a top contender – but a little too much political distress going on right now.  However, I know that I’ll be having an extend stay at one time or another in the “land of smiles”.

The trick in successfully migrating to such countries is to have a conclusive amount of research as to the context of the area. There are thousands of beautiful places in the world to choose from, the only thing that will matter is the choice of an individual to what place he/she would best fit in. Make sure that you know all there is to know about the area, and you will find blending in as easy as pie!

Steven Stanich (aka FPT Guy) is a writer as well as the owner,  and managing editor of Financial Planning Tips (Twitter follow: http://twitter.com/fptguy) – where you can find sensible information on personal finance on just about anything under the sun for the Average Joe or Jane.