My first article for this site was titled The Shiller Revolution — The New Way to Invest. I believe that all of us would become Valuation-Informed Indexers if we understood it well. The trouble is — it’s very different from what we are used to. Valuation-Informed Indexing stands most of the core beliefs of Buy-and-Holders on their heads. It takes some time getting used to this new way of thinking about stocks.

Buy-and-Holders believe that economic changes determine stock prices. If we go into a recession, the profits of the companies we are invested in are diminished. So stock prices drop. It makes sense.

At least it seems to make sense. 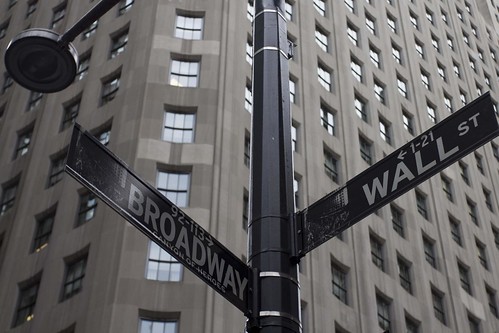 Say that a friend of yours is a secret alcoholic. Because you are close to him, you know he has a problem. But the guy is successful and on the surface appears to be a happy, healthy fellow.

Over time, though, his drinking problem worsens. He begins missing deadlines at work. He is fired.

Now he gives in to drink entirely. His wife leaves him. He ends up in the gutter.

So it is with stocks.

The market didn’t crash until September 2008. But it became a time bomb in January 1996, when prices reached levels so insanely high that a crash became inevitable. If you check out Shiller’s book (Irrational Exuberance), you will see that he predicted the stock crash and the economic crisis years before they happened. So did all other Valuation-Informed Indexers.

What we know is that stock prices always return to fair value. This is an Iron Law of the stock market. It is the very purpose of a market to set prices properly. So there is zero chance that stock prices could ever rise to the levels that applied in the late 1990s and early 2000s and then just remain there indefinitely. Stocks priced at those levels always crash hard. There’s never been one exception in the historical record. There never will be one.

If you want to know whether a stock crash and an economic crisis are on the way within a few years, just do the math. Stocks were priced at $12 trillion above fair value at the top of the bubble. We knew with certainty that that $12 trillion in pretend wealth would be disappearing from the U.S. economy over the course of 10 years or so. And it is of course simple common sense that an economy that loses $12 trillion in buying power is going to crash. When people don’t have money to buy things, businesses fail and workers lose their jobs.

Why is it that the Buy-and-Holders see it the other way around?

At the time Buy-and-Hold was developed (the 1960s and early 1970s), we did not know that valuations affect long-term returns. People believed in those days that the market is efficient, that stocks are always properly priced. It was not until 1981 that Shiller published his research revealing the realities.

Most of us believe today that economic developments determine stock prices only out of habit. That was once state-of-the-art thinking on the topic and we haven’t updated our thinking to reflect the research of the past 30 years. Once we do, most of us will believe precisely the opposite — that it is the stock market that determines where the economy is headed.

This is an exciting development.

What if we warned people of the dangers of high stock prices?

There’s reason to believe that we would never again experience the kind of economic crisis we are all enduring today.

It’s not just that we now know of a way to help investors earn far higher returns at greatly reduced risk. If the bull market of the late 1990s was the true cause of the current financial crisis, we can stop future crises by stopping future bull markets. That’s what Valuation-Informed Indexing (which teaches investors to sell stocks when prices get out of hand) is all about.

Things look bleak today. But underneath the surface there are some highly encouraging developments taking place.