Smoking Good For The Economy?

We constantly hear about the increasing cost of smoking to our society and the need for tougher regulations to prevent smoking and reduce these costs to society. However, studies demonstrate that this may not be the case all the time. Of course smoking causes health tribulations that have hefty costs associated to them; however nonsmokers cost the society more in the long run. Looking at some of the evidence I am tempted to be the devil’s advocate and conclude that smokers cost the society less than do nonsmokers in health care costs and social programs. Please do note, however, that I am not a smoker and this post is not meant to encourage smoking. 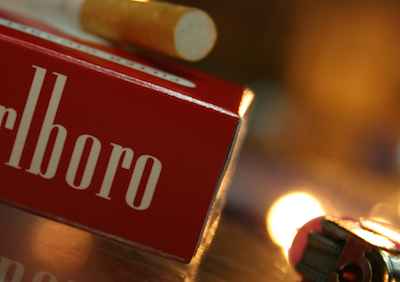 The primary argument has been that those who smoke cost the society markedly in health care expenses as their health deteriorates. Tobacco In Canada compiled by Physicians For A Smoke-Free Canada in 2003 reports that Canadian smokers pay approximately $600.00 in cigarette taxes each year. As well, the tobacco industry has a whole has had to fork over about $65 million “health surtax” per year since 1994. These are significant amounts of money available to cover the health expenses of smokers. A majority of the health care costs can, therefore, be covered directly from the tax revenues collected from smokers and cigarette producers.

Smoking can cause a number of fatal diseases including many types of cancers, cardiovascular diseases, heart disease, and lung disease among others. The result is that smokers live shorter lives. According to Centers for Disease Control and Prevention more than 5 million deaths are caused by tobacco use per year and on average smokers live 13-14 years less than nonsmokers worldwide. Initially higher expenses are involved in treating nonsmokers however they succumb to deadly diseases cause and die earlier then their non-smoking counterparts. The last decade of an elderly citizen’s life can be the most expensive one for its government however according to CDC 3,332,272 and 2,284,113 years of potential life was lost for males and females respectively in the United States between 1995 and 1999 alone. Nonsmokers live a longer life and hence cost the government a lot more money in medical bills, pension plans, subsidized housing, and other programs. Therefore, it is not necessarily true that a smoker’s health problems cost the society more because we nonsmokers will live longer and hence incur more expenses that the government would have to cover.

Nevertheless, the adverse affects of smoking go beyond the smokers and hence cost the society. CDC reports that approximately 126 million adults and children are exposed to secondhand smoke. Secondhand smoke has grave consequence because it causes hearth disease, lung cancer, and sudden infant death syndrome among other sicknesses. As well, land and trees are used in production of cigarettes that can be used for production of food or otherwise. Additionally, smoking discharges thousands of chemicals into the air we breathe; millions of cigarette butts are thrown on the grown daily and end up in the waters of our lakes and rivers – where it’s accessible by the whole ecosystem. To conclude there are grave consequence born by our environment and our society, however the monetary cost of smoking to our governments is overly exaggerated.

What are your thoughts on smoking?