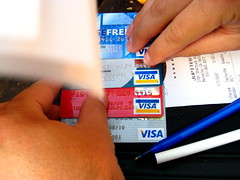 Advanta’s uncollectible debt reached 20% as of March 31 prompting the small business credit card issuer to shutdown new lending as of June 10th to preserve capital. Advanta is offering 65 to 75 cents on the dollar to its securitized debt holders.

While Advanta plans to preserve capital and wait out until normal times resume, it is quite possible that may not be the eventual outcome. Existing credit card customers will likely fall further in default with Advanta as paying the company will now be much lower in priority for them. Additionally, Advanta’s debt rating is now junk which will make it impossible to raise additional capital and ineligible for TALF largesse.