Six Ways to Get Noticed at Work

Most people want to advance in their careers but to do that requires a  balance between over-aggressiveness and complacency. Becoming an employee that gets the positive attention of higher-ups takes time and a consistent effort.

My husband, John, started his career at a major fuel company in the blue-shirted uniform of a yard worker, laboring to fill cylinders and off-load tankers in all kinds of weather. He ended up in a suit and tie, managing the mail room and records retention at their corporate offices.

Here are six ways that you, too, can garner notice and rise through the ranks. 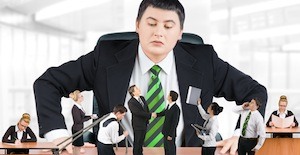 A willingness to learn new things will keep you in good standing with your bosses. If your company suggests a course that relates to the work you do, take it. My daughter’s workplace reimbursed her for the cost of a course she took after she had completed it. Becoming further educated about the workings of the company will help you to perform better at work and that can’t help but advance your career.

If you’re offered a new position, but you’re unsure if you can handle it, don’t be afraid to give it a try. Your manager wouldn’t offer you the job if she didn’t think you could do it and you never know what you can learn to do unless you try.

Be Willing to Accept New Responsibilities

You may feel that you can’t possibly take on any more at work, but if you show yourself eager to be helpful, it will be appreciated and added to your tally sheet on the side of Exemplary Employee.

My daughter started her career at a shipping company as a receptionist. It wasn’t in her job description to take on work that belonged to another department, but she did it and did it well enough to eventually get her promoted out of reception and into a department. By taking on the extra work, she had proved she was capable of far more complex tasks than answering the phone and greeting visitors.

Go Above and Beyond What’s Expected of You

You may not think your efforts are noticed or appreciated, but you really never know who’s watching or if that someone knows the boss, so it’s always best to behave as if the whole world can see you, whether or not you think they can.

John often went in before anyone else arrived to work in the yard so he could get more done without distractions. He didn’t know that the only other person to arrive early, the maintenance man, knew the CEO and was mentioning John’s early arrivals to him.

If you see something that needs doing, go ahead and do it before you are asked to. In this regard, even doing little things can get you positive notice.

You could say that such a menial task was beneath John’s position but, any time you fix a problem, whether large or small, without first being asked to, you relieve a higher-up of the necessity of finding someone to do it and that’s one less thing they have to worry about.

John wasn’t looking for approval, he simply saw a need and filled it and he showed the same quiet initiative whatever the situation.  That same kind of thinking can do wonders for anyone’s career.

Some problems may seem insurmountable. However, if enough thought is given to them, solutions usually present themselves. Be the person who comes up with solutions, rather than excuses, if you want to be noticed as a valuable team player.

You never know who may be listening and if the things you say about the company you work for will eventually find their way back to the boss. Wherever you are, whether it’s the lunchroom at work or in a bar having drinks with co-workers after hours, find good things to say about your workplace, your boss and the people you work with and steer away from conversations that do the opposite.

Company bosses look to promote people who demonstrate these and other positive qualities. In time, you too could be one of those people.