Saving Money at the Store: Spend Less on Produce

Recently, I was dismayed to throw away a package of pre-washed celery sticks. I’m allergic to raw celery, but we had bought it because my husband vaguely intimated that he might want to snack on it. Into the vegetable crisper it went, only to be discovered mushy and inedible weeks later. As I contemplated this unfortunate waste of money, I thought about what we could do to improve matters so that less was spent (and wasted) on produce during our grocery shopping trips.

So often, we just purchase produce without a plan for eating it. Creating a meal plan for the week — and making a list to go with that plan — is one of the best ways to save money at the grocery store in general. Know what you are going to make, and then buy the produce you need for it. Make an effort to use all of the produce you purchase before you go back to the store. Pay attention so that you can adjust your purchases according to your usage. 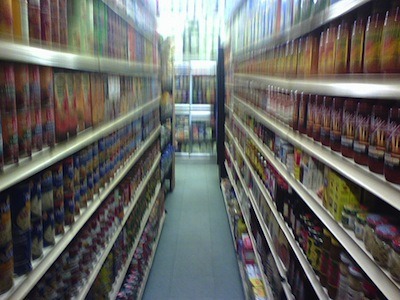 Another part of planning is preparing to use the produce. My husband really didn’t know what he would do with the celery, but we bought it anyway. We could have planned to use it with a vegetable tray when company comes over, or he could have decided to eat it for lunch. You can also prepare the produce ahead of time. Cut it up into snack size pieces the night before. For produce like carrots and celery, you can cut it up and store it in baggies, making it easy to grab for snacking or lunches.

One of the mistakes we made was getting a huge package of pre-washed and pre-cut celery sticks. It cost more money, so when it went bad, it was more of a blow. From lettuce to apples to carrots, produce usually costs less when it is bought loose or by the pound. Dried beans and peas cost less when bought in bulk, rather than in packages. It usually only takes a few minutes to prepare produce. We have increased our frugality by taking five minutes to wash and tear lettuce and herbs, rather than buying ready made salads. Plus, it has forced us to slow down and enjoy dinner time as a family as we help each other prepare the meal.

Produce costs less when it is in season. It is true that some items have to be bought out of season (during the winter, it can be hard to get your hands on in-season produce). However, you can compensate by choosing less expensive produce when it is out of  season. Roots, some fruits and other produce are generally less expensive than others. Look for these items out of season.

You can also save money by canning produce when you buy it in season. Some produce is ideal for bottling, and that can preserve it for times when it is out of season. Buy the produce when it is less expensive, and save it for when it is costlier. If you want to save even more, you can grow your own produce. It is even possible to make use of container gardens, and some produce (tomatoes and herbs are good examples) can be grown indoors. My family actually has an orange tree in our house, by a sunny window.

With advance planning, it is possible to save money on produce, reducing your overall grocery bill.