Preparing For Your Peak Income Years

Determining your highest income earning years is a tricky thing. There are so many variables that affect how much money a person can earn in their lifetime. Factors like career opportunities, economic stability, the industry you’re in and whether or not you own your own business all come into play. When you will land your first high-income job isn’t set in stone, but there are certain trends that help to identify when most people experience their highest earning potential. 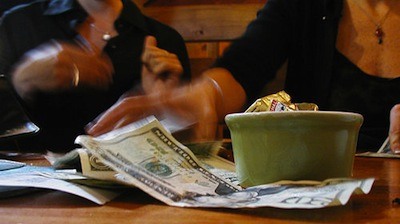 According to the Federal Reserve’s 2007 Survey of Consumer Finances, most people peak in earning power between the ages of 40 to 50 years old and then a sharp drop off occurs as they head toward their 60s. The SCF is conducted every three years, so 2010 results won’t be published until 2012 when the Fed has had enough time to gather and analyze all the information. While it doesn’t necessarily mean everyone between the ages of 40 to 50 years old has high income, it certainly is more likely.

The reason there’s a huge drop off in income from 50 years old to 60 is because people start retiring around this time. After that, they earn less because they can live off the retirement income they spent their lives saving up. However, while income dips, net worth actually keeps growing, albeit at a slower pace.

People in their 20s usually have the lowest income because they’re starting out. While those in their 30s may not earn the most, they experience the largest increase in income because that’s when they generally move on from entry-level jobs to career-oriented positions.

Depending on the industry, people in their 40s most likely begin getting close to their ceilings, thus the growth rate isn’t as dramatic.

Using this data as our basis, the time when most people should prepare for their highest earning years is in their mid-to-late 30s. But to be frank, higher income does not necessarily equate to more money to spend. As people age, life experiences and responsibilities increase. In your 20s and 30s, you may earn less but you also have fewer responsibilities.

In your 40s and 50s, you will have probably started a family and maybe even sending kids off to college. With this in mind, here are a few things you should begin preparing for in your mid-to-late 30s so when your income–and responsibilities–peak in the coming years, you’ll be ready.

While not everyone’s situation is the same, these are just a few key milestones most people prepare for as they head into their peak earning years. If you feel your milestones don’t match up (perhaps you want to retire earlier or feel you’re not making enough to keep pace), adjust it accordingly. Average does not mean normal. The most important part is making sure you’re prepared when the right time comes.