Over the last few years frugality has become increasingly more popular. It’s almost a fashion statement now; everyone wants to be frugal or at least claims to be frugal. Nevertheless, there still seems to be some myths and connotations revolving frugality. Some believe frugal means cheap while others believe it is hard to live a frugal life. This week in our Myth Buster series we decided to clear up some of the myths about frugality. 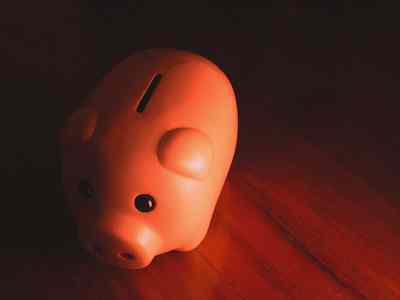 Myth: Frugality Means Cheap
Frugal does not mean cheap, these two terms are not interchangeable. Frugal people don’t deprive themselves of entertainment in life; they live on less and save money to partake in activities they enjoy the most. Frugal people are conscious consumers, so they often do not make rushed decisions and take their time to find the best deals. Often frugal people are very generous when it comes to giving and helping those in need, they are not materialistic people. Frugality is a lifestyle choice and one can choose the degree of frugality.

Myth: Frugal People Do Not Have Fun
On the contrary, I find that frugal people have more fun than big spenders. Frugal people try to cut cost where they can without affecting their lifestyle; they do not drive brand new cars or buy expensive designer clothing because that does not increase their wellbeing and happiness.  Rather they take their savings and spend it on things they actually enjoy. Therefore, frugal people can afford to have more fun than others.

Myth: Frugality Will Make You Rich
This depends on your definition of rich. If by rich you mean; living a comfortable life and not having to worry about debt then maybe, but if by rich you mean financial independence then maybe not so much. However frugality is a vital component of becoming financially independent, if you can control your spending habits and live below your means than you are well on your way to become financially independent. If you live way beyond your means and spend more than you make, it just becomes impossible to reach financial independence. Although frugality does not make you rich, it does put you on the right path.

Myth: Instead of Being Frugal it’s Better to Increase Your Income
This logic is highly flawed. It does not matter how much you make if you are spending more than what you make. The only way to improve your financial wellbeing (net worth) is to keep as much of your income as possible. If you spend $2 for every $1 you earn it will not make a difference if you increase your income. Living frugally can help you make better financial decisions and keep more of your income thereby improving your net worth. Of course, the optimal situation would be to live frugally while increasing your income.

It seems like the last recession has taught people to be somewhat more financially responsible and that money really does not grow on trees. Frugality has gained a tremendous popularity among people; hopefully this will be a long-term trend and not a short-lived momentum.

What frugality myth are you aware of?