First of all, I’m not an economist.  Having said that, I’m also not a rancher but I think I can recognize the, shall we say, residue of cattle.  With that mind set let’s take a look at trickle-down economics.  Apparently the idea is if things are good for rich people things will eventually get better for the rest of us.  Really?

It’s generally conceded that while things have been tougher for the middle class and poor during the last few years things have been outstanding for the rich.  Where’s the trickle?  Proponents of trickle-down economics will say that “job creators” need financial certainty in the form of low taxes. If that’s the case why were there more jobs when tax rates were higher?  Why are the “job creators” taking a Sabbath with lower tax rates in place?

In 1963 John F. Kennedy used the phrase, “A rising tide lifts all boats.”  A cursorily look at recent financial events seems to indicate a rising tide raises yachts, bur row boats, not so much. 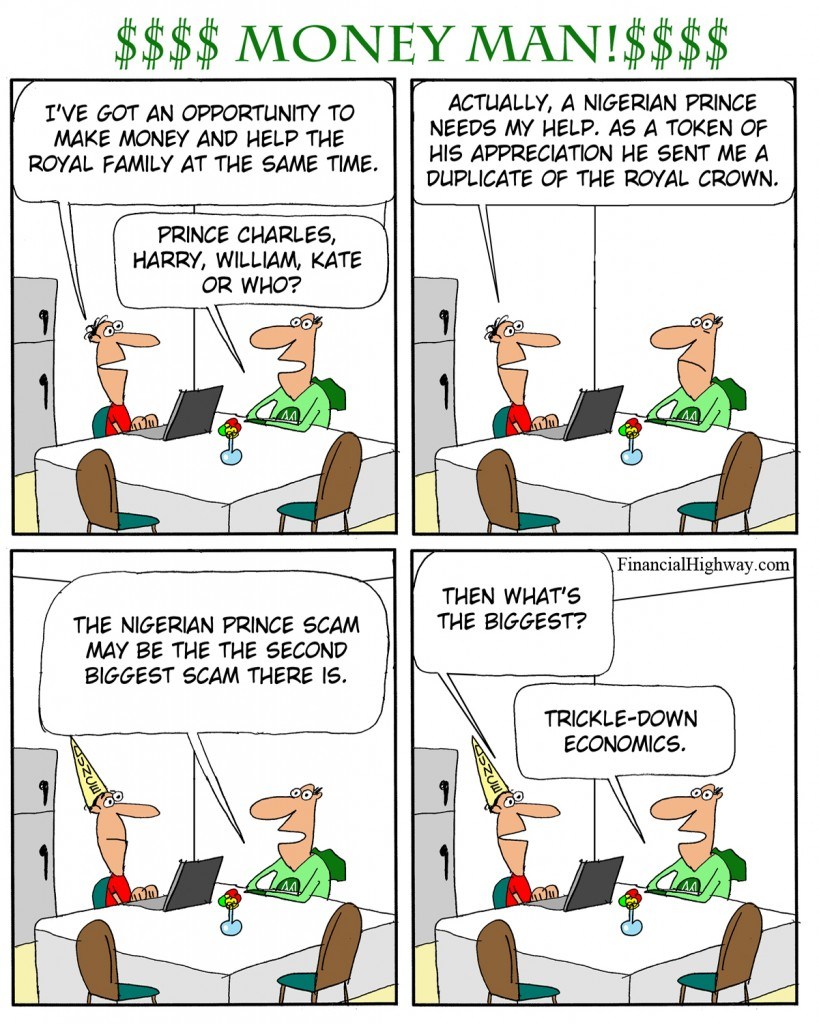