Money Is One Ingredient for Happiness

by KathrynV | Money and Psychology | 7 comments

We all like to believe that money doesn’t make us happy. We like to believe that living a good, simple, productive life is what makes us happy. However, that’s not quite the case. Recent research suggests that there are two key ingredients for a totally happy life: overall satisfaction with life and moment-to-moment enjoyment of life. Furthermore, the research indicates that the first ingredient is intricately tied to how much money you earn. So, although we need more than just money to make us happy, money is a key component of happiness for most people. 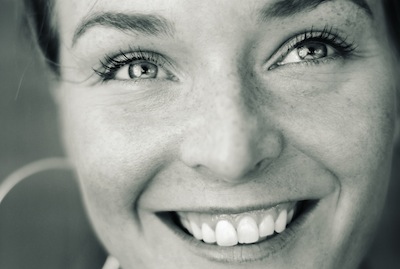 The study looked at data from the Gallup World Poll to get a better understanding of happiness around the world. More than 136,000 people from more than 130 different countries were asked to rate their levels of happiness. They were asked to use a 0-10 scale to rate their overall happiness. However, they were also asked questions about their moment-to-moment happiness and their positive/negative experiences. Furthermore, they were asked about whether they considered the basic physical and psychological needs to be met. And of course their income was recorded. The information was then assessed to draw conclusions about the relationship between money and the two different aspects of happiness (total and momentary).

The study found that people tend to rate their total happiness with life higher when they are earning more money. This is true on two levels – individuals with higher incomes were happier and also individuals living in countries with higher average incomes were happier. It is believed that this has to do with the fact that most people want money and spend a significant amount of time pursuing it so they feel like they have achieved something when they get it. Having more money also generally makes people feel more secure which helps to increase total life satisfaction.

At the Country Level

What the survey found was that there are some countries (like South Korea) where individuals tend to earn a lot of money but don’t get their other needs met. The result is that they may rank their total happiness high but their moment-to-moment happiness is lower. In contrast, a country like Costa Rica can have a lower average income (and therefore rank their total happiness lower) but experience more day-to-day positive feelings because of the fact that they have their other needs met.

The Key to Happiness

It turns out that the key to happiness is actually really simple: make a lot of money doing something that you love to do and that earns you respect and also learn to balance autonomy and socialization in your life. This sounds complicated when you’re trying to do it. However, if you can keep in mind that this is the key to happiness, you may be able to focus your goals better. It will always be tough to find the right balance but you’ll at least have the right ingredients.