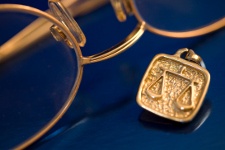 By now, you have likely heard the buzz surrounding sweeping new regulations for the financial markets. The Obama Administration has asked Congress to accept its suggestions and make them law. (This may take some time, though, as Congress is wrestling with health care bill as well.) But what are the proposed changes in the new Financial Regulatory Reform Plan? Here is an overview of the main points of the regulatory reform:

Under the new regulations the Federal Reserve would have the ability to supervise institutions considered “too big to fail.” While this includes financial institutions, it also includes holding companies and any other companies that might be considered essential parts of the U.S. financial system and economy. The Federal Reserve would be responsible for regulating and supervising such companies in an effort to prevent the development of a situation where the only options are bailout or fail. The Federal Reserve will also have emergency powers to act in the event of financial emergency. Timothy Geithner defended this action by pointing out, in his testimony to Congress, that “You don’t convene a committee to put out a fire.”

Currently, a variety of agencies — state and federal — regulate consumer financial products and services. The Federal Reserve is one of these. However, no agency has, as its primary purpose, the job of protecting consumers in financial (especially debt-related) transactions. The establishment of the Consumer Financial Protection Agency would change all of that. It would regulate consumer transactions in matters of:

The main focuses, however, are expected to be on credit and debt. The agency would be able to draft regulations demanding transparency, and forcing financial institutions to offer products and services that are simpler and more transparent. Geithner refers to “plain vanilla” financial products — specifically mortgages — with straightforward pricing and terms as services that have long been missing from the markets. New regulations offered by the agency could also conceivably require mortgage brokers to recommend the best loans for borrowers, and verify that they can afford the mortgages that they do choose.

Other powers that the consumer protection agency would like have include changes to overdraft loan policies, prepayment policies for loans, and perhaps even cap interest rates. Current fair lending laws might even be enforced in a way that they are not right now. The creation of the Consumer Financial Protection Agency would also result in the dismantling or absorption of other regulating agencies rendered redundant by the new body. The Office of Thrift Supervision would be the first to go, with federal thrifts eliminated. (These are financial institutions with a special charter. Although they were originally intended to help with mortgages and savings, they offer a number of financial products and services and operate almost like regular banks, but with different rules.)

Consumer advocates applaud the creation of increased consumer protection. Opponents worry that it will limit products and services currently offered, stifling future financial development, innovation and growth. However, Geithner addressed these concerns in his testimony, pointing out that products considered too dangerous by some would still be allowed. Indeed, there are those who feel that the reform doesn’t go far enough.

Rather than getting rid of credit default swaps and derivatives, the new regulations will require…regulation. Prior to the financial crisis, these types of investment products were virtually without regulation. Unregulated derivatives trading was a key cause of the fall of some of the venerable financial institutions such as AIG, Lehman Brothers and Bear Stearns. Other risky financial products, such as adjustable-rate mortgages and loans made to those with bad credit, will still be allowed. But lenders will be required to encourage borrowers to choose safer products. Additionally, more transparency would be required for loans that go through the securitization process.

The idea behind these reforms — which are more sweeping than anything seen since the Great Depression — is to create a more stable financial system without completely squashing innovation. These reforms are also aimed at creating a financial system that offers products and services that are understandable to the rest of us ordinary folks, providing consumers with the knowledge they need to (hopefully) make better financial decisions.

Of course, these are high-minded and admirable goals. The real question is this: Do you think the government can pull it off?