Is Gold Still a Good Investment?

Gold has had an outstanding run for the past decade or so, but is gold still a good investment? By some measures, it has been the top performing investment during that time. But is that a trend that’s likely to continue. Or is gold near the end of a very long, very profitable bull market that’s likely to start heading the other way?

Reasons why gold is still a good investment

Though it seems as if global financial concerns are settling down, there’s still enough uncertainty to fuel a continued rise in the price of gold.

Central banks have exhausted the benefits of disinflation. Since at least 1980 central banks worldwide have been gradually putting downward pressure on inflation as a way of expanding the economy. But once you get down to near zero inflation, how much benefit will come from disinflation? And is there a risk of deflation? There are already signs that central bank sentiment is changing, and if it is, that could mean even higher gold prices in the future. 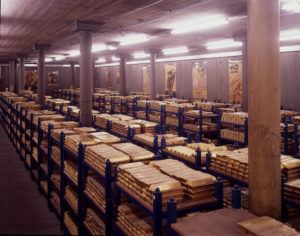 Relatively few investors own gold. On the surface this may seem like a negative for gold, but the opposite may be closer to the truth. Since so few people invest in gold, the potential for continued price growth could be fed by a stampede into gold. That could bring gold prices higher than anyone ever thought possible.

Global finances remain impaired. The troubled debt overhang remains from the global financial meltdown that began in 2008. And since then, major governments around the world have increased debt in an effort to fight off economic troubles. The lingering economic troubles in Europe confirm this trend.

The US presidential election. As the largest economy in the world, so much rests on what happens in the US. The outcome of the presidential election can weigh heavily on the investment world and cause a shift in sentiment. Generally speaking, uncertainty seems to favor gold.

Why gold’s best days are behind it

There are an equal number of reasons why the price of gold may go the other way.

Strategy change by central banks. Over the past few years, central banks have been net buyers of gold. That has had a significant impact on the stunning rise in the price of gold. If sentiment should change, and central banks go back to selling gold, the price trend will likely reverse.

A return to stability. We’ve been experiencing instability in the world for so long now that it’s virtually priced into gold and other investments. But if things were to gradually stabilize, this would prove to be a negative for gold, especially over the long term.

The global economy gets worse. We don’t normally like to think that this can happen, but if you’re thinking about investing in gold you really have to. If the global economy gets worse we could move from disinflation to deflation, and that would be an entirely different dynamic. Since gold typically functions as a currency alternative, and since deflation would make currency more valuable, gold could be one of the first casualties of the trend.

Which way do you thing the price of gold is heading?