Amazing Insights and Quotes about Money

Sometimes, all you need to get the advice you’re looking for is a short, pithy quote. A simple sentence, or a short saying, can convey a great deal of knowledge and insight.

If you are looking for some great insight on money, here are several great quotes about money:

Life changing quotes that can improve your relationship with money.

Wealth without work
Pleasure without conscience
Science without humanity
Knowledge without character
Politics without principle
Commerce without morality
Worship without sacrifice.

Will Rogers: “Too many people spend money they earned..to buy things they don’t want..to impress people that they don’t like.”

Carlos Ruiz Zafon: “Making money isn’t hard in itself… What’s hard is to earn it doing something worth devoting one’s life to.” 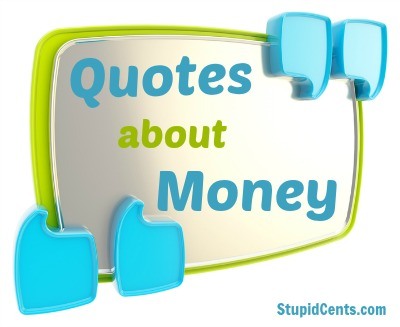 Epictetus: “Wealth consists not in having great possessions, but in having few wants.”

Christopher Rice: “Everyday is a bank account, and time is our currency. No one is rich, no one is poor, we’ve got 24 hours each.”

Voltaire: “Dont think money does everything or you are going to end up doing everything for money.”

Steve Maraboli: “We must transcend the illusion that money or power has any bearing on our worthiness as children of God.”

Anthony de Mello: “The philosopher Diogenes was eating bread and lentils for supper. He was seen by the philosopher Aristippus, who lived comfortably by flattering the king. Said Aristippus, “If you would learn to be subservient to the king you would not have to live on lentils.”

Said Diogenes, “Learn to live on lentils and you will not have to be subservient to the king.”

Vanna Bonta: “Money is only a human invention.”

Taylor Caldwell: “You can be happy with money and you can be wretched with it. It depends on what kind of person you are.”

Even if they aren’t serious reflections, these whimsical quotes about money have the ring of truth:

George Best: “I spent a lot of money of booze, birds, and fast cars. The rest I just squandered. ”

Richard Armour: “That money talks, I’ll not deny, I heard it once: it said, ‘goodbye”

RuPaul: “All sins are forgiven once you start making a lot of money.”

Francoise Sagan: “Money may not buy happiness, but I’d rather cry in a Jaguar than on a bus.”

Rita Rudner: “Someday I want to be rich. Some people get so rich they lose all respect for humanity. That’s how rich I want to be.”

Ambrose Bierce: “Lottery: A tax on people who are bad at math.”

Jared Kintz: “I think the key indicator for wealth is not good grades, work ethic, or IQ. I believe it’s relationships. Ask yourself two questions: How many people do I know, and how much ransom money could I get for each one?”