The U.S. Senate just muscled through a sweeping financial bill (already passed in the House of Representatives) that provides the largest changes to financial regulation since the Great Depression. The financial reform bill took months of wrangling, but it has finally passed, and President Obama is expected to sign it into law fairly soon. 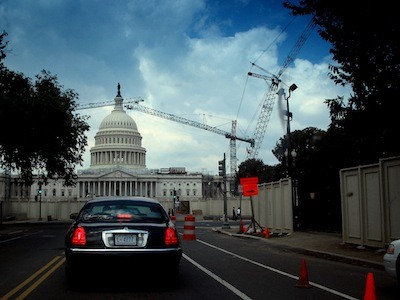 A lot of the bill focuses on how Wall Street is regulated, including providing the Federal Reserve with new powers, as well as providing the government with the power to shut down large financial companies that appear on the verge of failure. The bill also changes the rules about money financial firms can use to engage in risky and speculative behaviors. Additionally, shareholders are given more a voice in executive pay (although nothing binding).

The creation of this new agency is designed to protect consumers. It brings the regulation of consumer financial products and services under the auspices of a single agency. Instead of a crazy quilt of different regulators more focused on the institutions they are regulating, the Consumer Financial Protection Bureau is supposed to be focused on consumers, providing education through the Office of Financial Literacy, and providing an easy hotline for consumers to complain about financial practices.

Lending overseen by the Consumer Financial Protection Bureau is meant to be more transparent, with contracts that are easier to read, and the abolition of hidden fees. The only exemptions from the lending oversight of this Bureau are car dealerships. (So maybe it’s best to avoid dealer financing from here on out.) However, the FTC has been granted powers to oversee auto dealer financing more closely in the name of consumer protection.

Consumers are likely to see more protection in the form of new mortgage lending rules. First of all, the bill insists that lenders retain an interest (at least 5%) in the loans they make. This means that they can no longer approve mortgages to people they know can’t afford them, and simply sell the mortgage off, retaining the commissions but not the risk. Additionally, the bill forces lenders to verify borrow income, in order to help reduce the number of unaffordable mortgages.

This means that you may have a more difficult time getting a bigger mortgage. You will be required to prove you can afford the mortgage. While this means that you may not be able to buy a bigger house, it does mean that you are less likely to be steered gamely into a mortgage you will not be able to afford (losing the bigger house to foreclosure anyway). Mortgage terms are also supposed to be more transparent, with prepayment penalties severely limited, and mortgage products without them offered as alternatives.

Also, appraiser independence is meant to be strengthened, so that banks aren’t influencing home values in order to justify larger mortgage loans. However, the bill acknowledges that further study is needed, and appraisal rules are likely to be overhauled down the road. Also required for study under this bill: Reverse mortgages.

Many people have been asking for the temporary FDIC limit of $250,000 per insured account to be made permanent, and it will be. The financial reform legislation gets rid of the January 1, 2014 date for reversion to the $100,000 limit. Now, all accounts will be insured for up to $250,000. This means that your bank accounts can be bigger, and still protected by the FDIC.

Another change is that you are entitled to a free credit score, if your score was material in a decision to deny a credit application, or if you were denied housing or a job. If a credit card issuers cites your credit score as a reason for changing some of the terms of your account, you can request a free copy of your score. You don’t get a free look at your score, though, if you don’t have any negative experiences. But at least you still get access to a free credit report each year from each bureau at www.annualcreditreport.com.

One of the sticking points for many is that brokers do not have a fiduciary duty to retail customers. This means that a broker/dealer can recommend products that may not be in the client’s best interest, banking a fat commission without having to worry about the ultimate financial fate of a retail customer. The financial reform law requires that the SEC spend six months studying the obligations that a broker has toward his or her clients. Then, if the SEC feels it necessary, brokers can be placed under the same fiduciary requirements that investment advisors adhere to.

Bottom line: While this massive bill deals mainly with Wall Street regulation, there are still measures that will affect consumers. Even the move allowing merchants to institute up to a $10 minimum for credit card purchases could affect consumers, by requiring them to pay cash for small purchases, rather than simply swiping their plastic.

What do you think of U.S. financial reform? Will it really protect consumers?