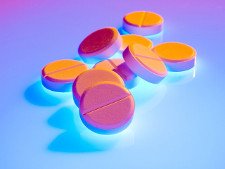 Who Will be Able to Use Them? Are There Any Subsidies?

First of all, this is not an open market where anyone can just look for a competitive price on health insurance. Those who can go “shopping” are limited those who meet one or more of the following criteria:

If you can’t afford to purchase health insurance, under the health care reform bill you can see if you are eligible for subsidies from the government to help you pay the premiums on the insurance you purchase. A sliding scale, based on need, will be used to determine how much help you can get in terms of paying your premiums.

For those who want to buy their own insurance, for whatever reason, they can still do so even if they don’t meet the above criteria. They’ll just have to do it outside the exchange. And it is worth noting that the health care reform bill requires insurers that offer plans on exchanges to charge the same premiums on comparable plans outside the exchanges.

Originally, the thought was to have a national exchange. However, that plan was scuttled in favor of allowing states to manage their own exchanges (or have non-profit organizations manage for them). Federal money will be provided to help fund state exchange start-ups. States can also cooperate with each other in multi-state exchanges, creating larger pools of “customers” and offering more insurance options, since providers could compete directly with providers from other states.

However, there are rules to being listed on the exchanges. Overseers are expected to make sure that the insurers listed on their exchanges follow certain rules. Plans must be “in the interest” of buyers, say the authors of the bill. State health insurance regulators must have rubrics for determining which insurers certify to offer their products on the exchange. Additionally, there has to be a standard format for presenting the options and costs in a way that buyers allows buyers to efficiently compare their options. Presumably, this means that states will bar insurance companies that do not meet “quality standards” from selling on the exchanges.

States cannot set premiums, though. Insurance companies can set their own premiums and they can decide which plans of declining coverage (in declining levels of expense and offers encompassing “platinum,” “gold,” “silver,” and “bronze”) they will offer. However, states are authorized to demand that insurers justify rate increases and prices. If states are dissatisfied with the reasoning behind the changes, the plan offered can be taken off the exchange. Insurers will have to be more transparent about their pricing, and how they spend their revenues, especially if they want to be included on the exchanges.

The authors of this legislation hope that the health care reform bill, with state health exchanges as a key part of the transition to a new system buying health insurance, will create more competition among health insurers and plans (lowering health insurance prices), while providing more people with access to affordable health care. Do you think that this state exchange program will accomplish those goals?