Emotional Investing: Why We Buy High and Sell Low 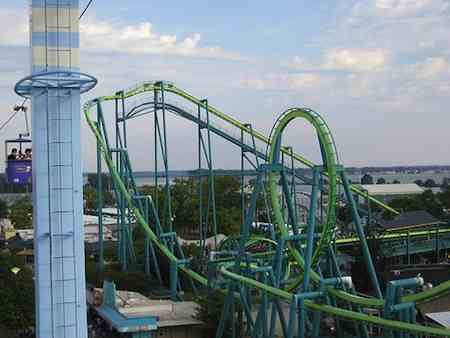 “Buy low, sell high.” It’s the golden rule of being a successful investor. You’ve heard it too many times to count, and you know it makes sense. Yet time and again, you find yourself doing the exact opposite. Here’s a little secret: most of us do. We let our emotions play a big a role the way we invest. And that’s almost always a mistake. [Also See Keeping emotions out of investing.]

Why we let our emotions rule
If you’re like the rest of us, you invest to make money. Yes, you know that markets fluctuate and that you’ll lose money from time to time. You know that you’ll have to ride the ups and downs to make money in the long run. Still, at the end of it all, you want to come out ahead.

But what happens when the markets take a serious plunge and you start losing money? Lots and lots of money. Suddenly, you’re not so sure you’ll come out ahead in the end. Riding things out no longer sounds like such a great idea. So you sell—low. Then at some point, you notice that the markets have been doing well for a couple of years. You start to feel pretty good about investing again. So you buy—high. If that sounds like you, you’re in good company. This is how the average investor thinks. This is also a great way to lose money.

If you’re not convinced this is what most of us do, read up on this 2005 study from Stanford. It showed that people who suffered brain lesions in the areas of the brain that control emotions were more successful investors. In a nutshell, the study’s participants were each given $20. In a series of transaction, they were asked to risk $1 on a coin toss. If they said no, they

What we can do about it
It’s fine to be afraid of losing money. That’s what keeps most us from making truly bad investments, falling for scams, or gambling our money away. But when you routinely buy high and sell low, you’re not protecting your money or yourself. To avoid selling at the wrong time, make sure you know what your long-term investment goals are, and whether your current investments still fit with those goals. Financial seminars by IMCA and other educational resources can help you learn the right and wrong times to buy and sell. Don’t think about how much the market has fallen. And don’t try to predict how much further it will fall. Just stick with your goals.

If you find that you can’t put your emotions aside to make an informed, objective decision, consider talking to a financial advisor or someone else you trust. This doesn’t mean letting someone else manage your investments for you, although some people choose to do that. It just means that having someone to talk to—someone who isn’t personally affected by how much money you make or lose—can help you gain perspective.