What makes rich people tick? Do the wealthy really think differently from those of us who consider ourselves middle class?

While it’s tempting to believe that all rich people are lucky, or know the right people, there might actually be some differences in the way that rich people think, especially compared to how you might think.

It’s true that many times opportunity, luck, and connections all come into play, in becoming wealthy. But there might also be an element of having a different approach to money. Recently I read an article on Yahoo! Finance that details 21 ways that rich people think differently from those in the middle class. Here are some of the most the items I found most interesting on the list: 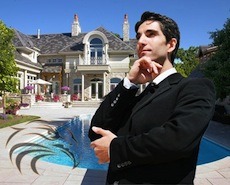 Amongst many of those in the middle class, there is a lottery mentality: The idea that a windfall, or getting lucky, will make the difference. This mentality can lead to waiting around for that “big break” — essentially winning the lottery.

The wealthy are more likely to take action. They work to make things happen, rather than waiting for events to favor them.

I saw this a lot growing up in my suburban neighborhood. There’s this idea that if you go to college and get a formal education, you are set for life. Get a degree, and you can get a good job. While this might be somewhat true, it’s important to realize that this isn’t the only path to wealth.

Rich people look to acquire specific knowledge about something. Whether it’s developing a marketable skill, or learning how to run a business, formal education might not be necessary to becoming rich.

Your Money vs. Other People’s Money

This point was fascinating to me. Do you think you need your own money in order to make money? The rich use other people’s money. The article has a picture of Donald Trump not too far from this list item. It reminded me of how many times Trump’s ventures have gone bankrupt (which is completely different from going personally bankrupt).

Figuring out how to use other people’s money to create a fortune, but investing in worthwhile things, or using borrowing as a smart way to leverage business, can be one way to become wealthy. It’s about working smarter with your money.

There are times when all I really want to do is escape from reality and be entertained. This is one of the reasons I love superhero movies. However, I also know that I can’t spend too much time on these types of activities. I take the time to educate myself and learn new things, as well as learn how money works and new ideas for managing my resources.

According to the Yahoo! Finance post, too many in the middle class are more interested in being entertained than learning anything. Rather than reading novels and watching Honey Boo Boo, it might make sense to read history and study the lives of others with success.

While there’s nothing with having fun and being entertained, it’s important not to let the quest for the next entertainment to overcome the opportunities you could create for yourself by educating yourself.

This has always been a big one for me. Many in the middle class focus a great deal on spending less, hoping to save money on the small things, and bank it in a low-yielding savings account. While you do want to get the best value for your dollar, and while it’s important to save money, it’s important to put emphasis on earning.

In fact, according to the Yahoo! Finance article, rich people think more about earning more money, and putting that money to work for them, than pinching pennies. While saving is nice, skipping a latte each day probably won’t make you rich. Putting your money into things that earn for you over time is more likely to result in long-term wealth.

What do you think? What are some differences in the way rich people and middle class people approach money?