I hope our banks will see this as an opportunity to build the brand – the country’s brand, their own brand.

Canadian Banks have been one of the top banks globally and are now among the largest banks in the world.  Does this mean Canadian Banks should go buy abroad? Thousands of banks around the world have needed massive government intervention, merged with other banks, been bought-out or went bankrupt. Leaving Canadian banks as “super banks” that have not needed much direct government intervention and actually showed decent profits in Q1, and are still paying dividends. This puts Canadian banks at good position to make acquisitions abroad, but is  abroad purchase a good idea?

Harper now thinks that the Canadian banks should take advantage of their strength and buy banks abroad, I am not sure if Harper just wants to show his confidence in the Canadian Banking system or is giving advice to the Banks or maybe it’s just a show off to the rest of the world. But I thought we take a closer look at this “advice”. 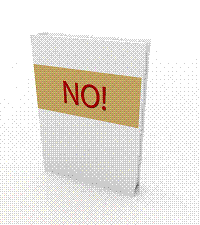 Canadian Banks have been strong, but only relatively speaking. When you compare our banks with the rest of the world we have done better, but that’s not to say that our banks have been trouble free. Canadian banks have taken losses and will most likely continue to do so for the next quarter or two, in anticipation of this, banks have been raising capital by issuing preferred shares.

As a shareholder I don’t think I would be very comfortable with the idea. There still are many unknown factors surrounding these troubled banks, and too much risk involved. If there is such a transaction it will most likely dilute shareholders, since banks would either have to raise capital by common share issue or buy with stock, either way I would not be a happy shareholder.

Further this will put more pressure on the banks with dividend payments, Canadian banks are yielding around 6-7% indicating that the market believes a dividend cut is coming (I do not). Should there be a large purchase, dividends will certainly be cut and stock prices will drop at least 20%.

There might be some good opportunities abroad, but these should not be large acquisitions  and a great amount of due diligence will be required. You do not want to do the same mistake BOA did with purchasing Merrill Lynch in late 2008.

Canadian Banks have been able to stay out of trouble; making large acquisitions abroad could change all of that.

That’s my opinion as a shareholder of Canadian Banks.

What do you think should the Canadian Bank buy abroad?