Back To School: Working During College

by Tahnya Kristina | Jobs and Entrepreneurship 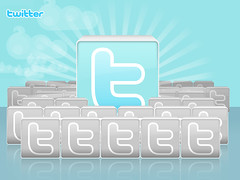 We have discussed several times on Green Panda how starting your own business, working as a freelancer, and finding ways to earn a second income can help you get a little extra cash in your pocket on the side.  After you know what you are good at, after you have mastered a set of helpful skills and you know what you want to do the next step in starting your own business is to choose a business name.

Have you ever wondered how Starbucks got its name or how the name Twitter came to be so popular? MSN Money recently published an article about how the names of some of our favourite companies and brands were created.

If you were starting your own business, what would your business name be?

– Slinky was invented in Philadelphia by a husband and wife team in 1943.  It was named Slinky because the wife felt that the toy was sinuous and graceful, she felt that the noise it made while moving around was slinky.

– Coca-Cola was named after two of its core ingredients, the coca leaf and the kola nut.  Coca-Cola was invented by a Pharmacist named John Pemberton in 1886; however the name was created by his business partner Frank Mason Robinson.  The Coca-Cola script that is so famous today on all Coca-Cola cans and bottles is actually Robinson’s own handwriting.

– Google was originally named “Back Rub” by its co-founders Larry Page and Sergey Brin.  They renamed the popular search engine in 1997.  The name Google is actually rooted from the word “googol” which is described as the number 1 followed by 100 zeros.

– Nike is named after the Greek goddess of victory. Nike was founded in 1964 and it was named by an employee several years later.  The original name of Nike was Blue Ribbon Sports.

– Starbucks was originally named Cargo House according to Gordon Bowker who is one of the company’s founders. Starbucks was named after a character in the popular novel Moby-Dick. It is said that words that begin with the letters “st” are very powerful and memorable.

– Twitter is actually the third name of the social networking website.  It was originally named “Stat Us” and then “Twitch”, but after finding the word “Twitter” in the dictionary the co-founders agreed on the new name. The definition of “Twitter” is “a short burst of inconsequential information” it can also mean “chirps from birds” which explains the blue bird logo.

– Amazon was originally named Cadabra by its founder Jeff Bezos.  Upon the advice of his lawyer, Bezos officially changed the company’s name to Amazon.  Having a business name that started with the letter A was beneficial because website rankings used to be listed alphabetically.