Jackson Browne wrote this song about someone trying to be like others. Lyrics like “Where the ads take aim and lay their claim/ To the heart and soul of the spender” make it clear that the “pretender” in the song is trying to look rich and flashy… even though debt is probably the reality.

This classic from Backman Turner Overdrive takes a look at the difference between commuting on the train into the city (“And start your slaving job to get your pay”), and being self-employed. Although I really wish it were true that the self-employed “work at nothing all day.” In reality, the self-employed often work very hard, although you do get to set your own schedule. 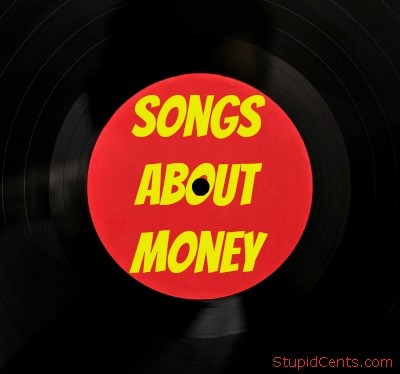 This hit from Notorious B.I.G., released after his death, was a lament that having more money doesn’t really solve all your problems. In some ways, you can see even more problems.

This well-known song from Harry Chapin (his only #1) raises feelings of nostalgia for many. And it’s not much of a surprise. The song follows the story of a young father who’s always rushing about with work, only to miss his son growing up. Then, when he’s retired, his son’s just as busy and rushing around; missing life. It’s a poignant reminder to put work down and just be with the people you love.

Pet Shop Boys recorded this satirical new wave song about a couple of guys sitting around talking about making money. However, rather than actually being able to do anything, these guys are losers who probably won’t get anywhere. It’s reminds me of those get rich quick schemes and the idea that you can make lots of money without any effort.

The Beatles’ upbeat song reminds everyone that there are some things more important than money out there. Even if money can buy security and things, money alone probably won’t make you happy.

When confronted with a decision about a Dire Straits song about money, it seems that “Money for Nothing” would be the obvious choice. However, I really like Sultans of Swing, which depicts the lives of members of a band that get together and play at the local venue. You’ve got a guy who only afford an old instrument, while another has a day job and is “doing alright.” A look at the way different people come together in some circumstances.

The Barenaked Ladies did a great job of detailing the things that $1 million could buy. The cool thing, though, is that the list is kind of silly. About items that upgrade your life (like the fanciest ketchups), rather than something really outrageous.

Pink Floyd created one of the most well-known songs about money, detailing what you could do with money. There’s also a bit of cynical undertone to the song, implying some of the less than savory ways that money can be used.

If you want some good, solid advice about how to handle your money, this is the song for you. It might be about poker, but it applies to investing, too (know when to hold and when to fold; or sell), as well as offering good advice about not flashing your cash around.