6 Things to Know About the 2010 Roth IRA Conversion 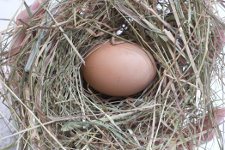 As you know, this year is a magical year for the Roth IRA retirement account. It is possible to convert your traditional IRA into a Roth IRA, no matter your income. For this one year, 2010, anyone can convert a “regular” IRA into a Roth account, allowing your money to grow tax free. This means that you won’t have to pay income taxes on it when you withdraw from the account. (You should note, though, that there are still income restrictions on contributions to a Roth IRA. Those haven’t been lifted for this year. You can only do a rollover.) However, before you jump on the Roth IRA conversion wagon, there are a few things you should consider. Here are 6 things to know about the 2010 Roth IRA conversion:

Bottom line: There are pros and cons to making a Roth IRA conversion. If you think that you are going to be in a relatively high tax bracket during retirement, this might be a good time to convert a traditional IRA to a Roth IRA to avoid having your distributions count as income down the road. But you will have to do a cost benefit analysis to ensure that the tax hit you take now is outweighed by tax savings down the road.